Idols take over musicals, for better or worse

Idols take over musicals, for better or worse 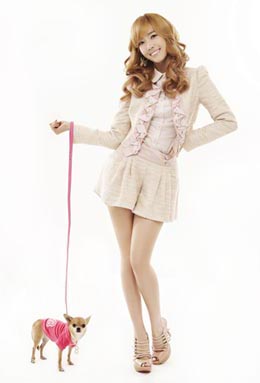 “The Phantom of the Opera” was one of the best-selling musicals here until May, but sales are less than stellar these days.

Korean productions of hit musicals have drawn audiences and re-shaped the landscape of the theater scene in recent years. But the industry that has proven so lucrative for the industry as a whole is experiencing a shift toward a new phenomena that critics say could change things - for better or for worse. While theater critics say recent productions are higher in quality than in the past, sluggish ticket sales in recent months have led the industry to refer to its current situation as musical theater’s “ice age.”

In the midst of the public’s indifference, the only performances that have been able to attract audiences are the ones that have members of Korea’s idol groups as part of their casts.

The musical “Mozart,” which stars Xiah Jun-su, a member of the disbanded group TVXQ, recorded average ticket sales of 99 percent when he was in the role. That figure dropped to just 74 percent when another actor was in the leading role. Similarly, the Korean production of “Legally Blonde” had its own idol star in Girls’ Generation member Jessica. Ticket sales surged to 90 percent when Jessica, who rotated the role with two other actresses, was on the boards, but plummeted to just 70 percent when she was not.

The most recent example of this phenomenon is the production of “Midnight Sun,” which also featured a member of Girls’ Generation, Taeyeon. Sales soared to a whopping 98 percent when she was on stage but fell to 78 percent when someone else was in the role.

“The Korean public tends to be stingy when it comes to paying their own money for cultural events,” pop culture critic Sung Gi-wan said. “The only ones who are willing to do that are fans who want to watch their favorite stars.”

The current trend is not the result of bad acting or a dearth of good musicals, critics say. Instead, it appears to be the simple fact that casting popular singers attracts fans and publicity. “A Chorus Line,” which opened last weekend, has Jung-ah, a member of girl group After School, and Soo-hyun, a member of U-Kiss, in the cast. The producers revealed that they did not want to cast celebrities because of their busy schedules but investors refused to support the production if the stars were not part of it.

“The public is sick of the surge of large-scale musicals from overseas that have arrived since 2001,” theater critic Cho Yong-sin said. “Musicals in the U.S. were also reliant on Hollywood stars until well-crafted musicals were made. If we can create pieces that are moving as well as original, we may be able to remove the idols from the stage.”