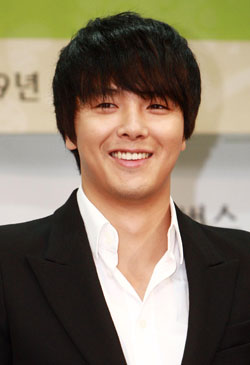 Park Yong-ha, a Korean actor and singer, was found dead at his home in Seoul early Wednesday morning in what appeared to be a suicide, police said.
Park's body was found at his home in Nonhyun-dong, southern Seoul, at around 5:30 a.m. by his mother, police said, noting that he appeared to have hanged himself. No suicide note has been found.
According to his family, Park said "I'm sorry. I'm sorry," last night after massaging his father, who is terminally ill with stomach cancer.
His family and acquaintances said Park had been severely distressed by his father's disease.
The 33-year-old actor and singer, who debuted in 1997, is widely known across Asia for his role in the 2002 hit drama series "Winter Sonata," and has also released song albums.
Last month, Park was cast as the leading role for a Korean television drama, which is a remake of the popular 1996 Hong Kong film, "Comrades, Almost a Love Story." The shooting was set to begin in July. [Yonhap]