Actor hangs himself from bedpost

Actor hangs himself from bedpost 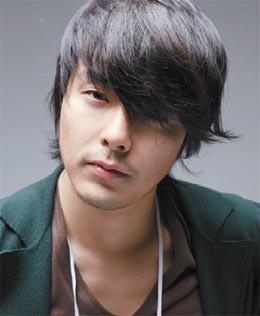 Actor and singer Park Yong-ha, 33, was found dead in his apartment in Nonhyeon, Seoul, at 5:30 a.m. yesterday by his mother, Euh, 56, presumably from suicide.

According to a statement by Gangnam police yesterday, Park killed himself “on an impulse,” hanging himself from a bedpost in his bedroom with the cord of a camcorder charger around 4:00 a.m. There was no suicide note found at the scene or on his computer.

Park Seung-in, 62, told police that his son came to his room the previous night with “tears in his eyes, saying ‘I should be the one who’s sick, not you. I’m sorry, I’m sorry.’”

Earlier, Park had met with a close business associate surnamed An for a drink around 9 p.m., but was not “overly intoxicated” when he returned home at 10 minutes past midnight.

“After examining Park’s financial and business records, Park had no outstanding reasons to commit suicide,” Gangnam police spokesman Kwak Jeong-ki said. “There was nothing to rule that he was suffering from depression. We feel that Park killed himself due to overall stress from his career, business and family situation.”

After his debut in 1994, Park rose to fame in 2002 playing Kim Sang-hyeok in the Korean serial drama “Winter Sonata.” He was instantly popular in Japan, where he made his debut as a singer in 2004.

In February, Park and his father established a talent management company, YONA Entertainment, which became a source of stress for the young actor. One of its workers mismanaged funds, an entertainment industry source said. Park was also paying his father’s medical bills and household expenses, because his parents are unemployed. According to the source, his father had fallen into debt, which Park was struggling to pay off.

The actor said on his Twitter account back in April: “I’ve been using sleep medication for 14 years now, and it hasn’t been good.”

Throngs of teary celebrities, family and friends paid their respects to Park at the St. Mary’s Hospital funeral hall in Gangnam, where his sister, brother-in-law and cousin received condolences. Park’s mother was hospitalized after losing consciousness from the shock of her son’s death.

“[Park’s body] arrived at 7:20 this morning and there have been crowds of people here all day,” said a worker at the hall who asked for anonymity. “His funeral service is to be held on Friday at 8 a.m.”

Park was recently cast with actress Yoon Eun-hye in an upcoming melodrama series and had been scheduled to fly to Japan in August for another concert tour.