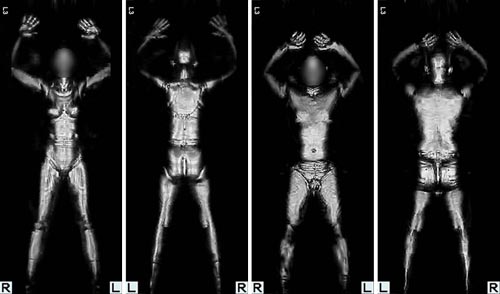 
The National Human Rights Commission told the Minister of Land, Transport and Maritime Affairs yesterday that full-body scanners, scheduled to be installed in airports nationwide, infringe on passengers’ privacy.

The Ministry of Land, Transport and Maritime Affairs plans to install the scanners this year at major international airports in Incheon, Gimpo and elsewhere. The scanners display the body shape and genitalia of people, and prosthetic devices, the commission said, an infringement of passengers’ privacy. It added that radiation from the scanners might be harmful.

According to the commission, there have been several problems with the scanners already. An employee of an airport in England took a nude scan of a female colleague, and at a U.S. airport, an employee mocked a passenger being scanned, which led to a fight.

In addition, security officers might be accused of scanning certain passengers because of their religion or nationality, the commission said.

The commission said, “As the full-body scanners can violate privacy, the devices should be installed only after legislating a law, not merely in the provision of a ministry’s regulations.”