Written and directed by Jo Yeon-soo, this film depicts love, friendship and life, as it follows the adventure of three strangers.

One summer, Ji-won (Oh Soo-hyeon) decides to look for the dolphin that has been in her dreams since she was a child. On her search, she comes across a man in a wheelchair named Hwa-bun (Lim Ho-yeong), and an old man named Dae-geun who tries to die (Han Tae-il). As the three strangers get to know one another, they realize that each one of them is carrying something painful. They learn to understand each other and form an unforgettable bond. One day, however, Dae-geun says the words that everyone had been avoiding: “Let’s stop here.” 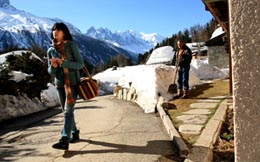 Yeongdo Bridge is a symbol of the southern port city of Busan. During the Korean War, families separated by the war stood on top of the bridge and longed for each other’s return.

In this movie, this historic bridge represents the pain of loss.

In-hwa (Park Ha-seon) is 19, pregnant and living alone. The only other person who knows about the pregnancy is her best friend Sang-mi (Kim Jeong-tae), who convinces In-hwa to give up her child for adoption. After she gives birth, In-hwa tries to live a normal life, but cannot forget about the child she gave away. She returns to the adoption agency to get her baby back, but she is treated coldly and told that the baby will be better off without her. However, she does manage to get the address of the family in France that has adopted her child and she sets off to find her.

I Love You Phillip Morris (18) 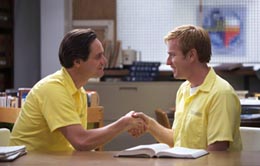 Jim Carrey’s latest foray into comedy is a doozy - and a winner. Based on the real life events of Steven Russell, a serial con artist, “I Love You Phillip Morris” is the story of a Texas-bred, God-fearing Christian police officer with a bubbly, blonde wife who - after a horrific car crash - finally comes out of the closet, moves to Miami and embarks upon an extravagant lifestyle. Of course, funding the good life doesn’t come cheap: “Nobody tells you this, but being gay is really expensive,” Carrey’s Russell says at one point, and, accordingly, he soon turns to cons and fraud to sustain his new life. The law finally catches up to him, and Russell is thrown in jail. But it’s while he’s incarcerated when he meets the love of his life: Ewan McGregor’s Phillip Morris. When Morris is released from prison, Russell plots his escape to reunite with his soulmate. Fast-moving, funny, but also tragic and sweet, I Love You Phillip Morris is as unconventional of a comedy as the characters within, but who’s to say that’s a bad thing? 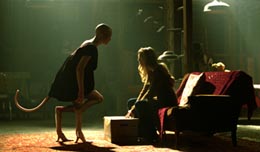 The staples of a conventional Hollywood science fiction thriller are all here: DNA splicing, laboratory experiments gone awry, cloning, blood and lots of screaming. But “Splice,” directed Vincenzo Natali, offers more by raising pertinent questions of parenthood, love and bioethics. In Splice, Adrien Brody’s Clive and Sarah Polley’s Elsa, two bio-engineers and lovers who made history fusing different animal DNA to create hybrid creatures, decide to push the boundaries further by splicing animal and human genes together - in secret. Their creation, a startling quasi-human, becomes both a thing of beauty and terror.

This award-winning film, written and directed by Michael Haneke, offers a haunting portrait of German pastoral life on the eve of World War I. Set in a fictitious village in north, Protestant Germany, “The White Ribbon” follows the lives of a handful of families bound by brutal patriarchal norms. While all appears to be idyllic and peaceful on the surface, a series of mysterious events over the course of the film tells us otherwise: tragic accidents, devastating fires, beatings, molestation and murder shake the village and have its residents looking over their shoulders. Meanwhile, the notion of childhood innocence is steadily, and deliberately, shattered by Haneke, whose most celebrated film previously was “The Piano Teacher” (2001). The White Ribbon, which won the Palme d’Or at Cannes and was nominated for an Academy Award for best foreign language film, is shot in black and white - adding an element of unfamiliarity to the slow, twisted tale, even while the lessons broached by the film may seem all too familiar to us.