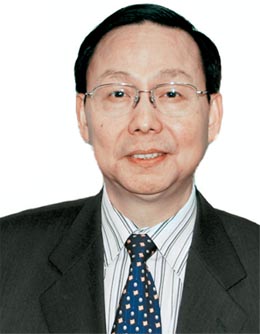 China largely supports Seoul’s plan to develop the next Group of 20 Summit as an event that will showcase Korea and its role as an emerging economy, Zhang Xinsen, Chinese ambassador to Korea, said.

In a recent interview with the JoongAng Daily, conducted via e-mail, Zhang stressed the importance of South Korea and China’s cooperation within the Group of 20.

“Within the framework of the G-20, China and South Korea should reinforce cooperation and coordination in order to increase the effectiveness of their global macroeconomic policies, continue reform of the global financial supervisory systems and international financial organizations, oppose trade protectionism and reduce the wealth gap between advanced and developing countries,” said Zhang. “Through bilateral cooperation within the G-20, the two countries will also strengthen the status of the G-20 as an important venue for global economic cooperation.”

He praised the G-20 for providing opportunities to emerging economies such as China and South Korea to participate in the management of the global economy on relatively equal footing.

“China and Korea have shared interests in many issues because they are both emerging Asian nations, and they have maintained close cooperation within the G-20,” he said. “China is one of the first countries that supported Korea’s hosting of the fifth G-20 Summit [in Seoul in November].”

Zhang also expressed his expectations for the G-20’s role in helping the world overcome the global financial meltdown and its aftermath.

“The G-20 system first began as a financial ministers’ and central bank governors’ meeting and developed into the summit. As the world tried to cope with the financial crisis, it played an active role and successfully prompted a global economic recovery by coordinating member economies’ policies and taking additional measures,” Zhang said. “The global economic order is currently experiencing a serious adjustment, and reality has proven that the Bretton Woods system, created after World War II with the U.S. at the center, and the Group of Seven and Group of Eight are not effective enough to manage global economic and financial operations in this new era.”

Zhang said the G-20, which includes both advanced and emerging economies as well as global economic organizations such as the International Monetary Fund and the World Bank, is already recognized as an effective international economic cooperation system, and urged its member countries to further their cooperation.

“We must strengthen the G-20 system to increase cooperation in coordination of macroeconomic policies and opposition to trade protectionism,” he said. “Through international cooperation, the G-20 must come up with a new direction for economic development and model for the post-crisis period. The G-20 must improve the global economy’s potential and seek to achieve the goal of sustainable and balanced growth.”

Despite his trust in the G-20 system, Zhang made it clear that China does not want to discuss the exchange rate issue at the upcoming summit.

“If the issue is included on the summit agenda, it will only bring about debate and confrontation, and that will affect the atmosphere and outcome of the summit,” he said. “If the summit must address the currency issue, the discussion must be related to the currency policies of the major economies, not just focused on the yuan.”

At the most recent G-20 Summit in Toronto last month, those assembled did not specifically address the exchange rate issue. Instead, they simply promoted “greater exchange rate flexibility in some emerging markets.” Although China was not named, the country had faced growing pressure to appreciate its currency before the summit began.

Noting that the global economy is on the road to recovery, Zhang said many uncertainties remain.

“After the global financial meltdown, China implemented an aggressive fiscal policy and an appropriate and flexible currency policy,” he said, adding that the country’s GDP saw 8.7 percent growth in 2009 and contributed to the recovery of the global economy.