A new chapter in U.S. immigration

A new chapter in U.S. immigration 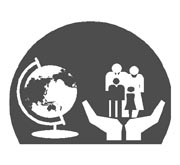 When renowned bodybuilder Arnold Schwarzenegger first tried to get into acting he had to overcome several humiliations.

The director of Schwarzenegger’s first feature film, “Hercules in New York” (1970), decided to dub over all of the bodybuilder’s lines because of his thick Austrian accent. In his second film, Schwarzenegger was asked to play a mute character so that the producers did not have to deal with his accent.

While his accent is no longer as pronounced as it was early in his acting career, Schwarzenegger, now 62, is still parodied on comedy shows for his Austrian dialect.

Schwarzenegger is one of millions of Americans who immigrated to the U.S. in their 20s. And like so many of them, he has contributed much to American society over the years, even becoming the governor of California.

On May 10, Schwarzenegger delivered a keynote speech at Emory University’s commencement ceremony. In the speech he joked, “I was also going to give a graduation speech in Arizona this weekend. But with my accent, I was afraid they would try to deport me.”

The California governor was referencing a new law in Arizona that gives police officers the authority to stop anyone they suspect of being an illegal immigrant. Proponents of the law claim that it would help curb the flow of illegal immigrants to the U.S., while opponents assert it will encourage racial discrimination and scare away foreign tourists.

The Arizona law has become a tinderbox issue in the United States.

“Anybody can help us write the next great chapter in our history,” Obama said. He reminded Americans that the scientific breakthroughs of Albert Einstein, the great ventures of Andrew Carnegie’s U.S. Steel and Sergey Brin’s Google, Inc. all were possible because of immigrants. As Obama noted, the success and prosperity of today’s United States would have been impossible without immigrants.

Politicians must walk a fine line between pleasing those constituents who oppose immigration and those whose families recently moved to the U.S.

Can the Obama administration, which pushed for reforms on health insurance and the financial industry, achieve reform once again? The chance looks slim. But President Lee Myung-bak may envy Obama as there is almost nothing he can push anymore. Even his pet projects for Sejong and the four rivers have floundered.