Seo Hee is first Korean dancer to be ABT soloist

Seo Hee is first Korean dancer to be ABT soloist 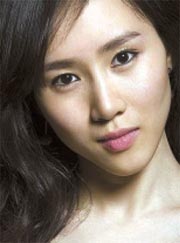 Seo Hee, who became the first South Korean dancer to become a soloist with the American Ballet Theater last week, said Monday that the recent promotion was a dream come true.

“I’m so happy to have become a soloist, which is everybody’s dream,” Seo told Yonhap News Agency over the telephone from New York.

After various roles with the company in “Giselle,” “La Bayadere,” “La Sylphide” and “Swan Lake,” the South Korean took her first lead role as Juliet in a New York performance of “Romeo and Juliet” last year, a highly rare case in which a member of the corps de ballet performed the lead role. She was also featured on the cover of the U.S. ballet magazine Pointe in October under the title, “A Prima Is Born.”

“It is such a good experience to compete for the world’s foremost ballet company,” she said, “But it’s also about working together with partners, and that isn’t a hard thing.”

Seo left for the United States as a high school student to study dancing and went to a ballet school in Germany as well.