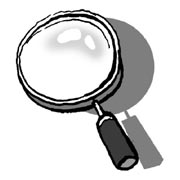 Renowned composer Yoon Yi-sang (1917-1995) used to say that the inspiration for his music was the sound of the forest, the sea, seagulls and the noise of fishing in Tongyeong, his hometown. He had lived in Germany for 25 years in exile when the South Korean government decided to allow him to return home for a visit in 1994.

Yoon had been imprisoned for two years in 1967 in connection with his involvement in a Berlin-based North Korean spy ring, and when he continued to engage in pro-North Korean activities, even visiting Pyongyang, the government banned him from coming back to South Korea.

Before his historic visit to his home country, Korean reporters flocked to his house to interview him. One reporter, who arrived late, presented him with a bag of dried anchovies from Tongyeong.

Upon hearing that the anchovies were from his hometown, he was moved to tears. So great was his longing for his hometown, his eyes welled up and he could not continue talking because his throat was choked with sobs. Moving away from the other journalists in attendance, he continued to talk about Tong-yeong with the journalist who had brought the gift.

In November 1995, however, he passed away without having his wish fulfilled.

One’s hometown is like that. As the lyrics of the Korean song “Gagopa” go, “Even in a dream, I can hardly forget the quiet sea of my hometown / the birds and old friends are all there...”

These days, successful people who hail from the provinces but live in Seoul form clubs to hear news about their hometowns. It is nice to watch people who are from the same province exchange stories.

Most hometown clubs are not dangerous. What is dangerous, however, is when these hometown clubs reach beyond the limits of their power and insert themselves in the political process, affecting personnel appointments, elections and government administration.

In Seoul, there are countless hometown clubs whose members are public servants. There is at least one hometown club for each local administrative unit, from provinces, cities and districts down to basic local autonomous units.

This kind of cronyism also takes place in other countries. In the United States, for example, presidents on both sides of the aisle have tried to exploit their geographic origins for political gain.

The recent scandal in which four officials from the Prime Minister’s Office allegedly conducted illegal surveillance on a civilian who was critical of the Lee administration is rooted in the activities of the Yeongpo Club, a group of public servants hailing from Yeongil and Pohang.

I have to wonder: are they honoring their hometowns or are they just serving themselves?