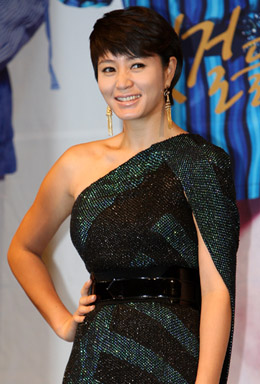 Top actress Kim Hye-soo is the new host of MBC’s current affairs TV program “W,” the show’s producers announced on Monday. Her first show will be broadcast on July 17.

Kim debuted in 1985 at age 15. Since then, she has been active in both film and TV and received rave reviews for her portrayal of a femme fatale in “Tazza: The High Rollers” (2006).

W, which began in April 2005, focuses on global affairs and their impact on Korean politics and society.

When asked whether her high-profile as an actress would change the show, Kim responded, “W is not a program that can easily be altered because of my presence and I want the program to continue the principles that it was built on.

“I hope to deal with the many issues happening around the globe and not hinder the quality of the program produced by my predecessors.”