M.C. Mong faces allegations that he had his teeth pulled to avoid the draft

M.C. Mong faces allegations that he had his teeth pulled to avoid the draft 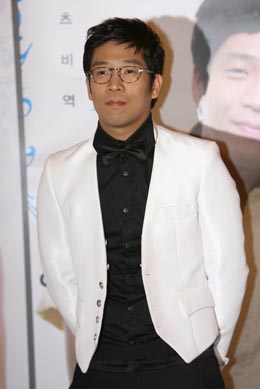 Popular singer and entertainer Shin Dong-hyun, a.k.a. M.C. Mong, is facing allegations that he dodged his mandatory military service by having 10 of his teeth removed.

The Seoul Metropolitan Police Agency reported on Friday that they had summoned M.C. Mong for questioning on the matter. The agency said he is scheduled to appear no later than next week.

On June 30, the SMPA reported that the entertainer had been under investigation for illegal draft dodging for the preceding six months.

M.C. Mong was exempted from military service in 2004 because he had 10 molars missing.

According to current military service laws, a person with nine molars missing is deemed unfit for service.

M.C. Mong’s management company, IS Entermedia Group, refutes the allegations, saying that the entertainer received a legal exemption for his dental problems and that the exemption would be proven legitimate.

The dentist who worked on M.C. Mong’s teeth backs the singer’s claim.

“I pulled his teeth because he claimed he was in pain, but that did not in any way help him get the exemption,” the dentist said.

Meanwhile, the entertainer’s new song, “Sick to Death,” which was released on June 24 as part of the compilation album “Blue Brand,” has been No. 1 on Internet charts, such as Monkey3 and Soribada.