Strong, silent and addicted to action

Strong, silent and addicted to action 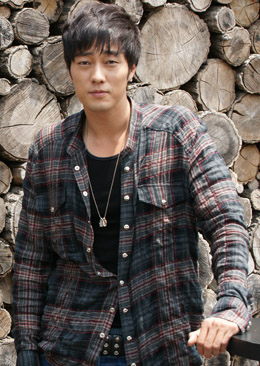 Every Wednesday and Thursday night there is a war of sorts - between three of the hottest actors on television.

Kim Nam-gil plays a bad guy on SBS and Yoon Si-yoon steals the hearts of women who are addicted to pretty boys on KBS.

So Ji-sub, the most popular of the three, has returned to the screen after a yearlong absence and is currently playing a soldier longing for his first love in the war drama “Road No. 1” on MBC.

So says he was attracted to this role because of the similarities between himself and his character, Lee Jang-woo.

In a recent interview at a cafe in Cheongdam-dong, southern Seoul, So said of his character, “He loves and only thinks of Su-yeon [Jang-woo’s first love] and I like his pure heart. We’re pretty similar in that sense.”

This is So’s first role since his appearance in the TV drama “Cain and Abel,” which aired from February to April last year.

In the new drama, as in previous programs, So plays the strong and silent type - he is a man of few words but has a warm heart.

The show has a budget of about 13 billion won ($10.6 million) for 20 episodes, which is equivalent to the average budget for a major motion picture.

Here are excerpts from an interview with him.


Q. Despite the astronomical production costs, the audience share is less than expected. How do you feel about that?

A. Audience share isn’t that important at this point because the drama has just started. We have a lot more to offer.

Some say the plot moves too quickly for the average viewer to follow. How would you respond to that? 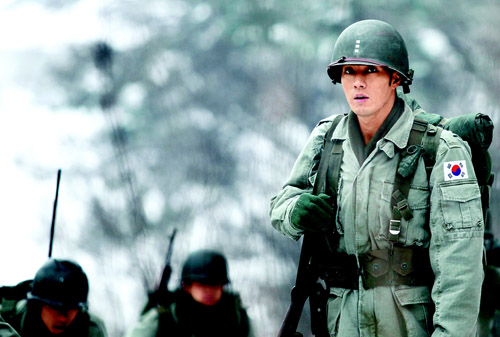 For me, it was a little fast but there are many other dramas that unfold at a faster pace. This seems like it is the newest trend and I just hope the audience can adapt.

Was it difficult to shoot such a physically demanding drama?

Most of the scenes were battle scenes but I can still manage. [Laughs.] Other than that, I tried hard to avoid the sun. I put sunscreen on whenever I had time. I also used a facial mask after filming but as production intensified, I had no time to care for my skin.

You’ve been injured many times while doing this drama. You hurt your retinas during an explosion scene and your body was covered with scratches and bruises throughout the four-month production process. Your last film “Rough Cut” (2008) was also full of action scenes and you seem to prefer action-packed projects. Is that true?

I feel comfortable when I do these roles. I’m not interested in playing a “nice guy.”

You’ve worked with actors your age [mid-30s] but this time you’ve teamed up with veteran actor Choi Min-soo. What was that like?

I’ve realized that growing older makes you a better actor. I was surprised to see that he can communicate so much without saying a word. He complimented me, as well, saying that I’m the type of actor who will have a long career.

Maybe a spine-chilling villain like the Joker from “The Dark Knight” (2008). But I know I’ve been doing strong characters over the past years. I’m thinking about doing something softer next time, like a romantic comedy.