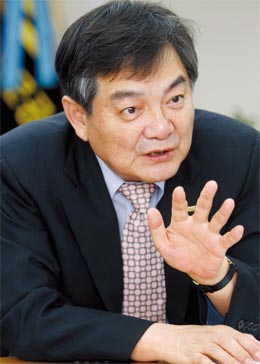 Cancer may have robbed Roger Ebert of the ability to eat, but it won’t stop him from dishing out cooking advice.

Four years after cancer surgery left the famed film critic unable to speak or eat, Ebert is publishing a cookbook dedicated to rice cookers, a kitchen appliance he lovingly calls “The Pot” and champions as an answer for those strapped for cash, time and counter space.

“To be sure, health problems have prevented me from eating,” Ebert writes in the book. “That did not discourage my cooking. It became an exercise more pure, freed of biological compulsion.”

The idea for the book came after a 2008 blog post he wrote about rice cookers prompted hundreds of comments, with many readers including their favorite recipes.

“I think I was somewhat frustrated by not being able to eat and I wanted to live vicariously,” the 68-year-old said during an interview at his Chicago home, his laptop computer speaking his typed answers.

The book includes many of those comments, as well as more than two dozen recipes for dishes such as chili, risotto, jambalaya and oatmeal - Ebert’s favorite. He took a witty and funny tone when writing it; he says he didn’t want it to sound too specialized or difficult.

“The basic recipe is: throw everything in the pot and slam on the lid,” said Ebert, who has battled cancer in his thyroid and salivary gland over the last eight years. He now uses a feeding tube for nourishment. His book, “The Pot and How to Use It. The Mystery and Romance of the Rice Cooker,” will be released Sept. 21.

During his recovery, Ebert turned to social media such as Twitter and his blog, cultivating a tremendous following. Increasingly he’s reached out to the media to tell his story.

In February, for example, he talked to Esquire magazine about missing his former late movie review show co-star Gene Siskel, who died in 1999 from complications following surgery to remove a growth from his brain. And in March, Ebert appeared on “The Oprah Winfrey Show.” During the appearance, he made his Oscar predictions using a computer voice patterned after his own.

But writing a cookbook when you can’t eat? It isn’t as sad as one might imagine that he is unable to eat or drink, he wrote in a blog post earlier this year.

“The food and drink I can do without easily,” Ebert wrote. “The jokes, gossip, laughs, arguments and shared memories I miss.”