Pifan is back with more horror than ever

Pifan is back with more horror than ever 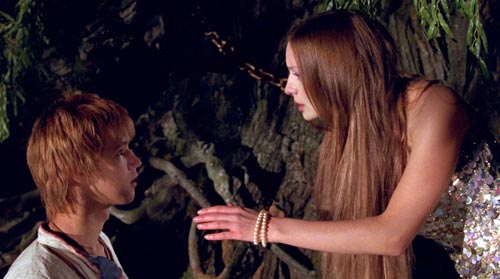 Summer is traditionally the peak season for moviegoers. Sitting in a fully air-conditioned theater on a sizzling summer day is one easy way to entertain oneself.

“Attendance is higher in July, August and September than other months on average,” said researcher Kim Kyung-man of the Korean Film Council, the country’s film governing body.

And that’s where the Puchon International Fantastic Film Festival comes in.

Pifan, which marks its 14th year this month, has become one of the nation’s three major film festivals, along with the Jeonju International Film Festival and Pusan International Film Festival, but it differentiates itself from its rivals with its emphasis on genre films - especially horror, fantasy and animation. This year’s Pifan presents 193 films from 42 countries from July 15 to 25.

With so many films to choose from, the festival’s two main programmers - Kwon Yong-min and Park Jin-hyung - offered some of their top selections under the three main categories. 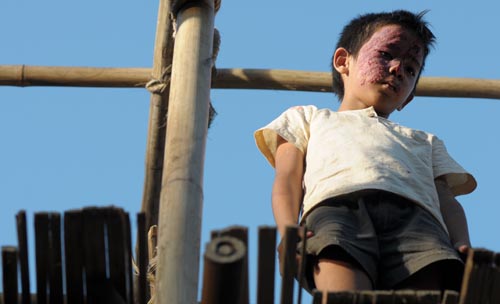 Scenes from “Book of Masters,” top, and “9 Temples” Provided by Pifan

A stranger calls, a woman shrieks and suddenly the screen goes black. If you have had enough of Hollywood horror cliches, Pifan’s selection of horror films from Thailand, Greece and Serbia ought to get your nerves twitching again.

These days, Thailand has emerged as the next big thing in the world of horror. The Thai films “Shutter” (2004) and “Alone” (2007) received rave reviews along with handsome ticket sales when they were released here.

Pifan has the local premieres of two Thai horror films - “Slice” and “9 Temples.” Slice is the story of a serial killer who cuts up the bodies of his victims and 9 Temples describes one man’s journey to nine temples, and the very nasty turn his story takes.

The films in the section called Forbidden Zone take horror and violence to the extreme. Films such as “A Serbian Film” (2010) and “I’ll Never Die Alone” (2009) are classic slasher flicks that will test the strength of both your psyche and your stomach.

“We watch all kinds of films every day but the films in this year’s Forbidden Zone were too much, even for us,” said programmer Kwon. “We found many of the films disturbing and uncomfortable. If you have a faint heart, don’t even think about going.”

The festival will also screen classic horror films, including the Australian film “The Clinic” (2009), the Italian film “Shadow” (2009) and “What You Don’t See” (2009), a German/Austrian co-production.

If you are looking for something fresh in the world of fantasy film that goes beyond “Harry Potter” and “The Lord of the Rings,” there are two films Park recommends.

“The Book of Masters” (2009) is the first Disney film based on a Russian fairy tale and tells the story of one apprentice’s struggle to save the world from becoming the domain of the Stone Countess.

In the Indian version of the centuries-old tale of “Aladin” (2009), Bollywood’s top actor Amitabh Bachchan plays the whimsical genie in a bottle. Bachchan is famous for his role in the 2008 hit “Slumdog Millionaire.”

In addition, the 65 shorts in the fantasy film section are also worthy of notice, Park said. 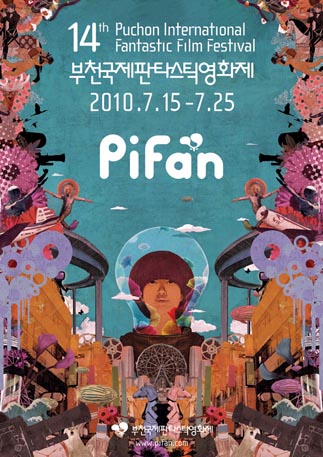 The poster for this year’s Pifan Provided by the festival

The festival’s animation section is filled with films both artistic and popular.

These include the 14th episode of the Detective Conan series, “Detective Conan: The Lost Ship in the Sky,” and a retrospective of the iconic Mobile Suit Gundam series created by the Sunrise animation company and Tomino Yoshiyuki in 1979.

“This is the first time Studio Sunrise has organized a Robot Gundam retrospective outside of Japan,” Park said. “For die-hard Gundam fans, this is a once-in-a-lifetime chance.”

Park also recommends “Negadon: The Monster from Mars” (2005), which was the sole creation of Awazu Jun, and “Planzet,” Awazu’s most recent film.

The witty six-minute American short “Melt Down” (2009) should also not be missed, Park said. Set in a refrigerator as the temperature drops, the leftovers set out on a journey to reach the temperature control dial. Follow Spaghetti, Ham Sandwich and Celery in the ultimate battle against time.

This year’s opening film is “The Experiment” (2010) directed by American filmmaker and screenwriter Paul Scheuring. The film is a remake of the 2001 German hit of the same title and features Adrien Brody, who also appears in “Splice.” Scheuring writes the TV series “Prison Break” and the 2003 film “A Man Apart.”

For Korean film fans, there is a retrospective of filmmaker Lee Doo-yong, who transformed action films in Korea. His “Returned a Single-legged Man” (1974) series was digitally restored by the Korean Film Archive.

Also, Japanese actor Oguri Shun is scheduled to visit Pifan as a director. He appeared in the Japanese version of the TV series “Boys Over Flowers,” which was made into a Korean version last year.

The festival also offers special events including Mega Talk 2, which deals with why directors make slasher movies. There is also a host of social events, including the PifanHolic Party on July 17.