Anklets to be clamped on 6,916 sex offenders

Anklets to be clamped on 6,916 sex offenders 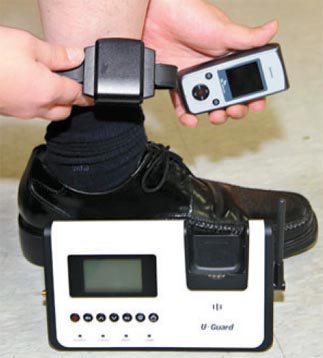 The number of convicted sex offenders cuffed with electronic tracking devices will increase exponentially when an amended sex offender law goes into effect on Friday.

According to the Ministry of Justice and the Supreme Prosecutors’ Office yesterday, 6,916 convicted men will be given electronic monitoring anklets. All of them are felons who have served time since July 16, 2007, for sexual offenses. They include people who received two or more jail terms for sex crimes; people who repeated a sexual offense within five years after their release; and people convicted of sexual crimes against a minor under the age of 13.

Currently, only 78 felons wear electronic anklets. The anklets were previously used only on perpetrators of particularly violent sex crimes.

“Our foremost goal was to sort out which felons would receive the anklets quickly,” said a prosecutor. “The [electronic anklet] law is something we feel is most effective at this point in preventing sexual offenses.”

The 6,916 felons have completed their sentences or have six or less months left. The amended law can sentence a convict to wear the anklet for up to 30 years, compared to a maximum of 15 years in the original law.

Convictions for sex crimes have climbed from 4,722 in 2007 to 6,667 in 2008, and the Justice Ministry calculates there was a 70.5 percent chance of repeat violations within three years of a sexual offender’s release.

Korean authorities believe the anklets will dramatically decrease sex crimes, as only one out of the 616 cuffed felons when the anklet law was first introduced in 2008 was caught repeating an offense as of June.

The anklet enables authorities to pinpoint the location of the wearer at all times and automatically alerts the police if the anklet is damaged. Convicts with anklets are required to tell authorities if they change their address or travel in or out of Korea.

The Justice Ministry has compiled detailed protocols on the enforcement and administration of the law, which will soon be distributed to all 57 prosecutors’ offices nationwide.