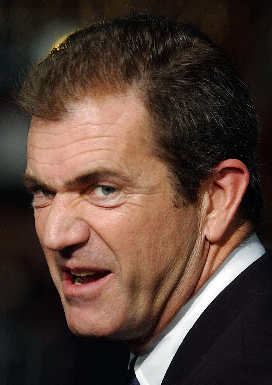 The recording, apparently made in a screaming phone argument with his Russian-born ex-girlfriend Oksana Grigorieva, follows the release of earlier rants in which Gibson makes racial slurs against black people, calls Grigorieva a “whore” and a “bitch in heat,” and apparently acknowledges beating her.

In one tape “Lethal Weapon” star Gibson even reportedly threatened to kill Grigorieva and also stated: “You need a bat to the side of the head.”

The recordings were leaked to the celebrity site Radaronline.com, with no indication of where they came from. While they have not been authenticated, Gibson has not issued any denial since they began surfacing on Friday.

The tapes conclude the ugly breakup between Grigorieva, 40, and Gibson, 54, following a January 6 beating she allegedly took from him. Gibson is accused of knocking out some of Grigorieva’s teeth in the fracas.

Gibson and Grigorieva fathered a girl, Lucia, in October, months after the “Mad Max” star divorced Robyn, his wife of nearly 30 years and mother of his first seven children.

In the Tuesday recording, Gibson and Grigorieva argue over a woman that cleans their home. Gibson insists the woman can only work for him, but Grigorieva says she needs her more because she is caring for their child.

The term “wetback” is a slur referring to immigrants who swim across the Rio Grande river, which forms part of the border between Mexico and the United States, and enter the United States illegally.

It was unclear if Gibson was threatening to call immigration authorities to denounce the cleaner, or call people that blackmail illegal immigrants.

In the rant Gibson also gave indications that he is facing money problems. “I’m paying my tax money instead of the credit card [bill]. Don’t you get it?!” he screams.

“I don’t like what he did here but I know Mel, and I know that he’s not a racist,” she said. “You can say he’s being a bone head, but I can’t sit and say that he’s a racist having spent time with him in my house with my kids.”