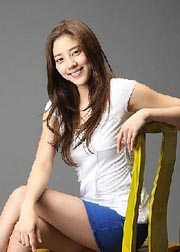 Singer Son Dam-bi is facing allegations that she plagiarized elements of the American TV show “Alice” for her new music video “Queen.”

Netizens reported the similarities between the video and the TV show on July 8, the day after the video was released.

Pledis Entertainment, the singer’s management company, has refuted the allegations, saying, “We had no knowledge that the images were similar until netizens pointed them out to us. We’ve already spoken to the video’s producers and asked them to delete the parts in question.”