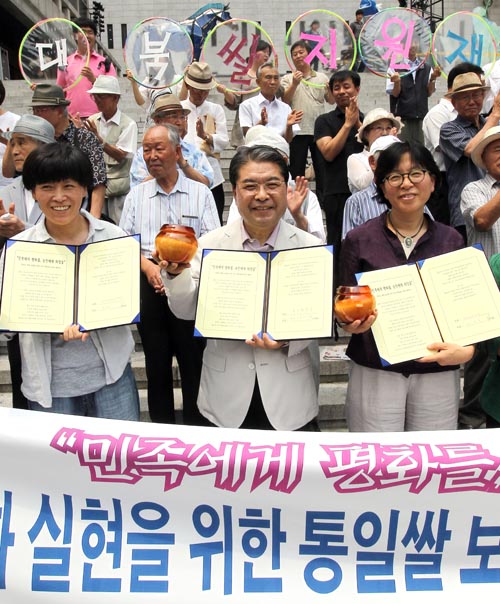 The Korean Peasants League, the Korean Alliance of Progressive Movements and other NGOs gather yesterday in front of the Sejong Center for the Performing Arts to call upon people to join the drive to send “rice for reunification” to North Korea. They criticized the government for having suspended supplies of rice to North Korea despite reports of famine in the country and even though there is a glut of rice in South Korea. They plan to gather rice until October and will send it to North Korea in November. [YONHAP]