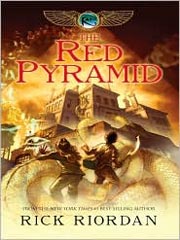 Since their mother’s death, Carter and Sadie have become near strangers. While Sadie has lived with her grandparents in London, her brother has traveled the world with their father, the brilliant Egyptologist, Dr. Julius Kane.

One night, Dr. Kane brings the siblings together for a “research experiment” at the British Museum, where he hopes to set things right for his family. Instead, he unleashes the Egyptian god Set, who banishes him to oblivion and forces the children to flee for their lives.

Soon, Sadie and Carter discover that the gods of Egypt are waking, and the worst of them -Set- has his sights on the Kanes. To stop him, the siblings embark on a dangerous journey across the globe - a quest that brings them ever closer to the truth about their family and their links to a secret order that has existed since the time of the pharaohs.


Percy Jackson and the Olympians: The Ultimate Guide 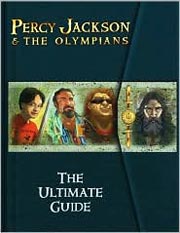 It’s the handbook no half-blood should be without: a fully illustrated, in-depth guide to gods, monsters, and all things Percy. This novelty companion to the best-selling series comes complete with trading cards, full-color diagrams, and maps, all packaged in a handy, “manual-size” POB with a crisp, magnetic flap enclosure.


Pride and Prejudice and Zombies: Dawn of the Dreadfuls 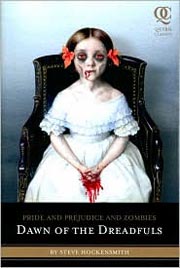 With more than one million copies in print, Pride and Prejudice and Zombies was the surprise publishing phenomenon of 2009.

A best seller on three continents, PPZ has been translated into 21 languages and optioned to become a major motion picture.

In this terrifying and hilarious prequel, we witness the genesis of the zombie plague in early- 19th century England. We watch Elizabeth Bennet evolve from a naïve young teenager into a savage slayer of the undead. We laugh as she begins her first clumsy training with nunchucks and katana swords and cry when her first blush with romance goes tragically awry. Written by acclaimed novelist (and Edgar Award nominee) Steve Hockensmith, Dawn of the Dreadfuls invites Austen fans to step back into Regency England, Land of the Undead. 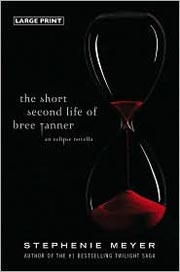 Fans of “The Twilight Saga” will be enthralled by this riveting story of Bree Tanner, a character first introduced in “Eclipse,” and the darker side of the newborn vampire world she inhabits. In another irresistible combination of danger, mystery and romance, Stephenie Meyer tells the devastating story of Bree and the newborn army as they prepare to close in on Bella Swan and the Cullens, following their encounter to its unforgettable conclusion. 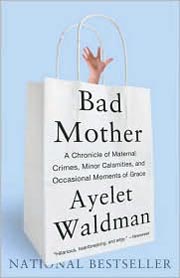 In the past, there were good mothers, indifferent mothers and occasionally great mothers. Today we have only “Bad Mothers”: If you work, you’re neglectful; if you stay home, you’re smothering. If you discipline, you’re buying them a spot on the shrink’s couch; if you let them run wild, they will be into drugs by seventh grade.

Is it any wonder that so many women refer to themselves at one time or another as a “bad mother”?

Writing with remarkable candor, Waldman dispenses a ton of hilarious and helpful advice along the way. What, for instance, should you do when your daughter dresses up as a “ho” for Halloween? Waldman says it’s time for women to get over it and get on with it in this wry, unflinchingly honest and always insightful memoir on modern motherhood.


*Provided by Tongbang Publications Import Inc. These new imports are available at major bookstores such as Youngpoong Bookstore and Bandi & Luni’s.