Korea develops its own type of cruise missile

Korea develops its own type of cruise missile 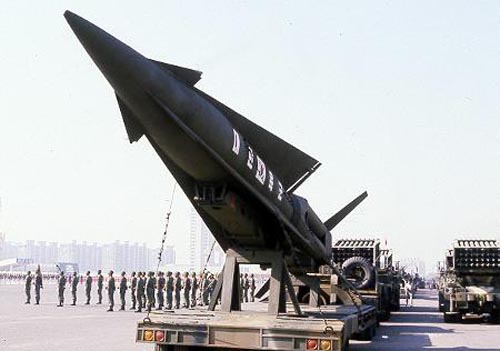 A file photo of the Hyunmoo missile. [JoongAng Ilbo]

South Korea has developed an indigenous cruise missile with a range of up to 1,500 kilometers (932 miles) and plans to deploy it along the border with North Korea later this year, a defense official said Saturday.

The previous version of the Hyunmoo missile had a range of only 1,000 kilometers. Under an agreement with the United States, South Korea is allowed to extend the range of its cruise missiles without restriction as long as their payload stays under 500 kilograms (0.55 tons).

“Mass production of the ground-to-ground Hyunmoo-3C has succeeded after the development began in 2008” at the state-run Agency for Defense Development, the official said on condition of anonymity.

In a bid to match North Korea’s ballistic missiles threat, the South has been trying to ease a U.S.-supported multinational nonproliferation regime that prevents Seoul from developing missiles with a range of over 300 kilometers and a payload of 500 kilograms. South Korea’s chief ally, the U.S. has 28,500 troops stationed here as a deterrent against the North.