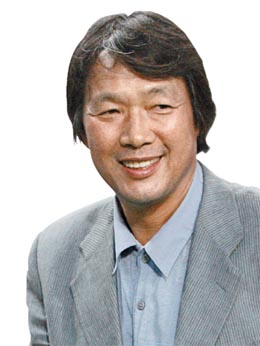 The Korea Football Association has narrowed down its search for a new national football team manager to one finalist: Gyeongnam FC manager Cho Kwang-rae.

The organization will hold a meeting starting at 10:30 a.m. today to evaluate Cho before making an official announcement.

Barring any major setbacks, Cho will likely be named as the successor to Huh Jung-moo, who took the national team to the Round of 16 at the South Africa World Cup this summer but announced his retirement after the squad bowed out of the competition.

The latest news comes on the heels of last week’s announcement by the technical committee that it had narrowed down its shortlist to five finalists from about a dozen domestic candidates.

The 56-year-old is currently the manager of the Gyeongnam FC squad, which sits fourth in the K-League standings with a record of seven wins, three draws and two losses.

Known for his work ethic, Cho also has a keen eye for discovering young talent. During his days with the Anyang Cheetahs (the former iteration of FC Seoul), Cho discovered national team members Lee Chung-yong and Kim Dong-jin as well as other notable players along the way.

Cho has honed his coaching skills with stints in countries such as England, Germany, Italy and Brazil over the years.

“It is an honorable position,” Cho said. “Any coach or manager would want a shot at managing the national team.

“I don’t have any worries or concerns about the job. I have already experienced many ups and downs as a manager of professional teams.”

Although Cho welcomes the difficult challenge of leading the national team in January to win its first Asian Cup since 1960, he does have one concern tied to his current job.

“I am worried about Gyeongnam supporters, players and the front office,” said Cho.

“We have made significant strides as a team but we are not completely stable yet. I’m concerned that my sudden departure might cause a rift in team chemistry.

“I have asked for permission to manage both Gyeongnam and the national team until Gyeongnam finds my successor. The KFA, for its part, has asked me to make the transitional period as brief as possible.”

Although the national team has three upcoming international friendly matches - against Nigeria on Aug. 11, Iran on Sept. 7 and Japan on October 12 - Cho believes managing Gyeongnam will allow him a better chance to scout K-League players versus those who play overseas.