Apple’s world of villains and heroes

Apple’s world of villains and heroes 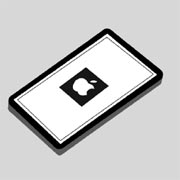 Steve Jobs, the co-founder and chief executive officer of Apple, is known for his legendary presentation skills, transforming boring announcements into infotainment. In the latest controversy surrounding Apple’s iPhone 4, he proved his marketing prowess once again. In a press conference to address the problem, he asserted that it did not deserve to be called “Antennagate.” No one is perfect, he said, including phones. Then he projected the words: “Antennagate. Not unique to iPhone 4,” on a large screen.

This has proven to be an extremely smart strategy. For one thing, he has given us a new “-gate” to obsess about.

The suffix “-gate,” which originated from the Watergate scandal involving former U.S. President Richard Nixon, is engraved on our collective memories as a political scandal with a hidden conspiracy plot.

Since the Watergate scandal, people have applied the suffix to incidents that reek of irregularities related to political power. Examples of this include “Zippergate,” involving former U.S. President Bill Clinton and Monica Lewinsky, and “Leakgate,” in which a George W. Bush administration official leaked the name of CIA agent Valerie Plame to the press.

In his presentation, Jobs chose to use the term “Antennagate,” rather than “Apple-gate” or “iPhone-gate.” Usually, the word preceding the suffix “-gate” gives the incident its identity. By choosing to use the word “antenna” and not “Apple” or “iPhone,” he skillfully redirected the controversy away from the company and refocused it on the item in question. In this way, it ceased to be an issue with Apple or the i-Phone, and became just another antenna malfunction.

The choice seems innocent enough, but people suspect Jobs of having ulterior motives with political and economic implications. Jobs claimed that the antenna’s reception problems are common to phones made by other companies such as Nokia, Blackberry and Samsung. In doing so, he created a villain.

That strategy is also part of Jobs’ brilliance. He first presents us with an opponent, and then he strides in and offers up a solution. In the end, he comes out looking like a hero.

Apple products are the heroes that save the world, according to Carmino Gallo, the author of “The Presentation Secrets of Steve Jobs.” In most crisis situations, Jobs tries to escape with this kind of reverse thinking, but I wonder how long he will be able to get away with it.