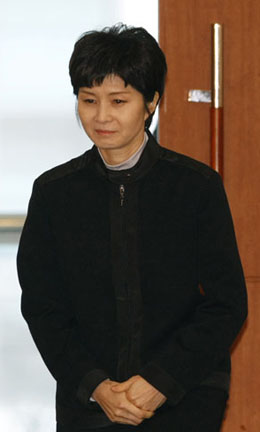 TOKYO - A former North Korean spy responsible for the 1987 bombing of a Korean Air jetliner flew to Japan Tuesday to meet the families of Japanese abducted by North Korean agents.

Kim Hyun-hee, who arrived on a government-chartered flight from South Korea, where she lives, will meet relatives of Megumi Yokota and Yaeko Taguchi, the Kyodo news agency said, quoting government sources.

Around an hour later, Kim emerged from the plane and was quickly ushered to a vehicle while guards shielded her with large umbrellas.

She was then driven to the mountain resort of Karuizawa in central Nagano prefecture and was taken to a summer house owned by former Prime Minister Yukio Hatoyama, TV news footage from broadcasters NHK and TBS showed.

Kim’s itinerary and activities in Japan have been kept secret due to security concerns, but she is expected to meet the families of Japanese kidnapping victims. 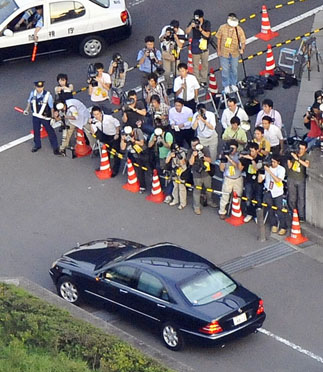 North Korea in 2001 admitted to 13 abductions of Japanese nationals in the 1970s and 1980s. It allowed five victims to return home but said eight more had died -- a claim Japan rejected.

Japan insists North Korea is still hiding survivors and has abducted more people than it admits, in a dispute that has proved a stumbling block in talks to end Pyongyang’s nuclear weapons program.

Critics have questioned granting the convicted terrorist special permission to visit Japan, when she is not likely to possess significant information about the kidnapping of Japanese nationals.

Yokota was abducted by North Korean agents in 1977 aged 13 on her way home from school and taken to North Korea. Pyongyang said she died in North Korea, but her family does not believe the claim.

Shortly after the bombing that killed all 115 people aboard the Korean Air jetliner, Kim was arrested in Bahrain and sent to South Korea. She was sentenced to death in 1989 for her role in the bombing but was freed later under a presidential pardon.

Justice Minister Keiko Chiba issued a special permit for her to enter Japan, Kyodo said, despite Japanese immigration law denying entry to foreign nationals sentenced to one year or more in jail.

Meanwhile Japanese police are expected to forgo questioning her about her alleged use of a fake Japanese passport in the bombing incident in consideration of South Korea’s wishes.