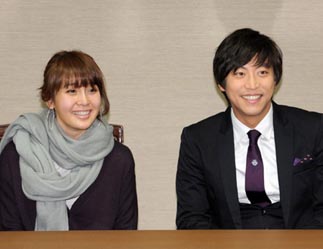 Oh Man-seok and Jo Ahn have finally announced that they are in a relationship.

The two confirmed that they are dating after Ilgan Sports captured the two departing together on a trip to Japan at Incheon International Airport on Friday.

In a statement released the following day, Oh’s management company, Fresh Entertainment, said: “Oh and Jo’s relationship was strictly professional while they were filming the KBS1 drama, ‘All Together Chachacha’ [which wrapped in January], but they grew closer after it was reported that they were dating in May.”

Rumors that the couple were dating began circulating after the two were spotted at a children’s center in Anyang with Oh’s daughter on May 5.