The passage of an age-old tradition

The passage of an age-old tradition 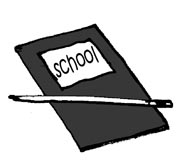 In the Joseon Dynasty, students went through a monthly ritual that would seem strange by modern standards: they would provide a rod for their teacher and ask for their punishment. Called seodang-mae, or “the rods of the village school,” the tradition was widely-accepted at the time. The punishments were called chodal or dalcho, meaning corporal punishment. If a teacher failed to use his rod on his students frequently enough, parents would visit the teacher to scold him for the lack of physical punishment.

The practice was so common that the master Joseon-era painter Kim Hong-do (1745- c. 1806), who was famous for painting scenes of everyday life, often incorporated incidents of chodal into his works. Yi I, a famous Confucian scholar and the author of “Model School,” instructed teachers to use a cane on the calves of students when they did something wrong.

At Seonggyungwan, an elite institution of higher learning in the Joseon era, a cane was used to control the classroom. The school ordinance was full of clauses mandating corporal punishment. One of them stipulated that teachers test students every day on what they had learned the day before. Those who failed the test were caned on the calves. There was, in fact, no end to the number of infractions for which a student could be punished. When students fell asleep or could not concentrate during class, they were caned. If students neglected to review what they had learned, they were caned yet again. Essays were praised as either a 30-rod essay or 50-rod essay - the expressions refer to the number of rods that must have been broken to make the student write such a good paper.

In the West, the history of physical punishment can be traced back to Ancient Greece. Aristotle wrote in his book, “Politics,” that disobedient students should get the cane. Romans, too, thought physical punishment was part of a proper education. And children in the Middle Ages were regularly subjected to lashings for bad behavior. The famous phrase, “spare the rod and spoil the child,” was coined in that era. Even Martin Luther King, Jr. preached that caning helped produce a good child. The British permitted caning until the 19th century. Only after the 1970s, as the outcry against corporal punishment intensified, did the number of countries banning physical punishment begin to grow.

The Seoul Metropolitan Education Office’s plan to ban corporal punishment beginning with the fall semester has created a big stir. People agree that the measure is necessary to protect students’ basic rights. Many people, however, object to the measure on the grounds that it will make it difficult to educate students.

When corporal punishment is administered out of emotion, it is an act of violence that threatens education. However, when done with the goal of furthering a student’s education, it is more akin to an act of love. It is regrettable that this age-old tradition has disappeared.