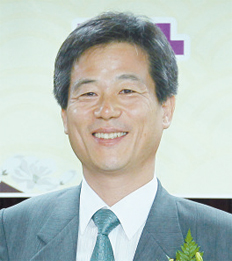 A local court judge who ruled in favor of allowing a patient to die a dignified death was nominated to become a new Supreme Court justice.

The nominee will undergo parliamentary confirmation hearings after the president formally endorses him.

The 54-year-old will replace Kim Young-ran, the country’s first female appointed to the Supreme Court’s panel of 13 justices and one chief justice. Kim retires next month.

“He is suitable for the job with a career as a judge for 25 years and thorough knowledge of various legal procedures,” the top court said in a statement.

Born in Nonsan, South Chungcheong, in 1956, Lee graduated from Seoul National University and passed the national bar examination in 1979.

While serving as a senior judge on the Seoul High Court last year, Lee upheld a lower court’s ruling and ordered a Seoul hospital to remove life support from a comatose patient at the request of her family to allow her to die with dignity.

By law, only those who have served as a judge, prosecutor or lawyer for more than 15 years are eligible to become a Supreme Court justice.