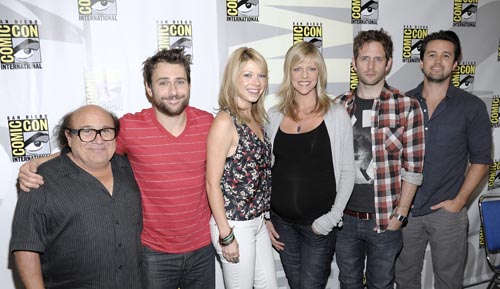 
Comic book movie fans who are mad at Hollywood in a summer season bereft of many superheroes, fear not. Help is on the way.

As the giant Comic Con pop culture convention neared its end on Sunday, it was clear that the major movie studios have plenty of costumed crime fighters set for adventures in 2011 and beyond with the Green Lantern, Green Hornet, Thor, Captain America and a team of Avengers making their way to theaters.

This current summer got off to a strong start with Marvel Studios’ movie “Iron Man 2,” but family films such as “Toy Story 3” and “Despicable Me,” as well as vampire romance “The Twilight Saga: New Moon” and more recently sci-fi thriller “Inception” have been the big draws in theaters.

Next summer promises to be different, judging by the studio hype at Comic Con.

Warner Bros. expects to elevate DC Comics’ character, the Green Lantern, to a top-tier superhero. Actor Ryan Reynolds brings to life test pilot Hal Jordan, who joins the intergalactic Green Lantern Corps after he is given a ring with supernatural powers.

“He can throw a punch, tell a joke and kiss a girl. Who wouldn’t want to play that for a movie, let alone two or three?” said Reynolds.

During one Comic Con panel over the weekend, fans asked Geoff Johns, the chief creative officer of DC Comics’ media wing DC Entertainment and a key Green Lantern comic writer, if the movie will launch a Justice League movie franchise.

Johns sidestepped any definitive statement, saying there was always that possibility, but he did allow that a successful Green Lantern release in June next year would lead the charge for projects DC Entertainment undertakes in the future.

Marvel Studios gears up to release “The Avengers,” a collection of some of Earth’s mightiest superheroes brought together by the character Nick Fury. Marvel has been building a new film franchise by releasing superhero films like “Iron Man” and “The Hulk.” Upcoming 2011 releases include “Thor” and “Captain America” presentation.