The weird thing about warming

The weird thing about warming 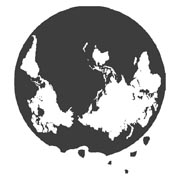 Former U.S. vice president turned environmental evangelist Al Gore likes to say, “The Earth has a fever.” The “fever” of which he speaks is global warming.

However, there is considerable skepticism about global warming. For example, when the Northern Hemisphere was hit by abnormal cold waves and extraordinary snow storms last winter, skeptics sarcastically said that climate change is more like global cooling than warming.

Jim Inhofe, the senior senator from Oklahoma, slammed Al Gore and urged him to return the Nobel Peace Prize, which Gore had won for raising awareness about climate change. To mock him, Inhofe built an igloo on the National Mall near Capitol Hill and put up a sign saying, “Al Gore’s New Home.”

Nevertheless, many experts say that the cold waves and snow storms are not unrelated to global warming. As the temperature over the North Pole rises, the jet stream surrounding the cold air has been weakened and the cold wave moved southward, bringing unusually cold weather all over Asia, Europe and North America.

Meanwhile, as the temperature of the Pacific Ocean increased, the resulting vapor led to great snowstorms when it met the cold wave. Considering that the Southern Hemisphere suffered from extreme heat and heavy rain last winter, it is too rash to call the global warming a scam.

It would be a misconception to think of global warming as a long, hot summer and a short, warm winter. Also, heavy snow, heavy rain and extreme drought are occurring here and there all at once. Floods, storms and wild fires have become much more frequent and intense.

But no matter what we call it, the cause remains the same: a rapid increase in energy consumption. By 2050, the world’s consumption of energy is expected to double.

I, for one, cannot begin to fathom how weird the climate will become and what kind of damage the world will suffer.

This summer, hundreds of penguins died in Brazil and South Africa, and that should be taken as a significant warning to the world. At this rate, one-fifth of the creatures on Earth are expected to disappear in three decades.

Do you think we will manage to remain unharmed even after having explained all of the causes for the “weirding?”

Now that would truly be weird.