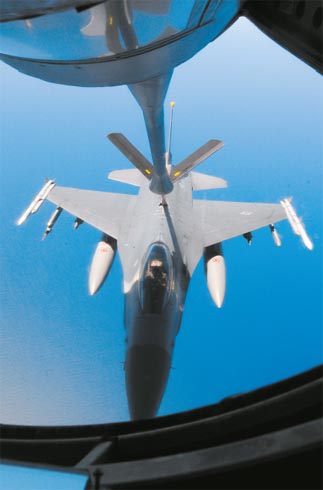 A KC-135 Stratotanker from the 909th Air Fueling Squadron of the 18th Wing of the U.S. Air Force, based in Japan, conducts aerial refueling for a U.S. F-16 Fighting Falcon based in Gunsan during a military drill by South Korea and the U.S. over the East Sea yesterday. [Joint Press Corps]