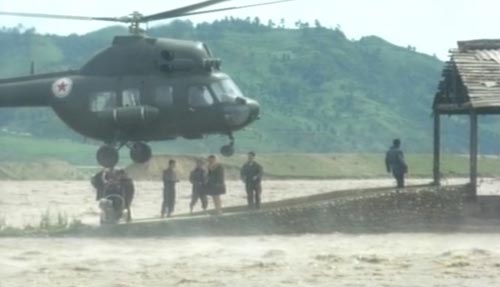 In this video image from Pyongyang’s state-run Korean Central TV Broadcasting Station, a North Korean military chopper rescues workers trapped by a flash flood in Shinhung, South Hamgyong Province. The TV station reported yesterday that the rainfall was the heaviest in 50 years in Kaesong, flooding thousands of farms. [YONHAP]