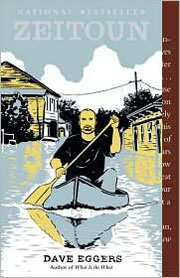 The true story of one family, caught between America’s two biggest policy disasters: the war on terror and the response to Hurricane Katrina.

Abdulrahman and Kathy Zeitoun run a house-painting business in New Orleans. In August of 2005, as Hurricane Katrina approaches, Kathy evacuates with her four young children, leaving Abdulrahman to watch over the business. In the days following the storm he travels the city by canoe, feeding abandoned animals and helping elderly neighbors. Then, on Sept. 6, police officers armed with M-16s arrested him in his home. Told with eloquence and compassion, Zeitoun is a riveting account of one family’s unthinkable struggle with forces beyond wind and water.


The Towering World of Jimmy Choo: A Glamorous Story of Power, Profits and the Pursuit of the Perfect Shoe 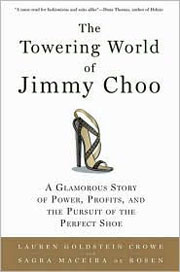 The Towering World of Jimmy Choo examines the world’s seemingly insatiable appetite for luxury goods by telling the behind-the-scenes tale of one of the most talked-about brands of our age. Jimmy Choo was a London shoemaker with a few famous clients when Tamara Yeardye, a London socialite girl, convinced him to launch a factory-produced luxury shoe line. Twelve years later, Jimmy Choo is a household name, and Tamara still presides over what is now one of the most successful luxury brands in the world, worth some $350 million. But along the way she was tested at every turn. The story of how the Jimmy Choo brand got to where it is today is one of love, hate, sex, fashion, finance, drugs, celebrity, power, intrigue and ambition. And every word of it is true. Compelling to followers of both fashion and business, The Towering World of Jimmy Choo takes readers into a complex and rarified world.


Eating with the Enemy: How I Waged Peace with North Korea from My BBQ Shack in Hackensack 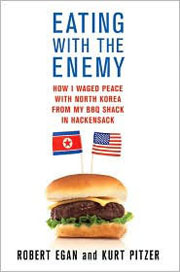 In Pyongyang in 1994, Robert Egan was given Sodium Pentathol, or “truth serum,” by North Korean agents trying to determine his real identity. What was he doing in the world’s most isolated nation - while the U.S. government recoiled at its human-rights record and its quest for dangerous nukes.

Why had he befriended one of North Korea’s top envoys to the United Nations? What was Egan after?

Fast-paced and often astounding, Eating with the Enemy is the tale of a restless restaurant owner from a mobbed-up New Jersey town who for thirteen years inserted himself into the high-stakes diplomatic battles between the United States and North Korea.

Egan parses U.S. foreign policy with a mobster’s street smarts, and he challenges the idea that the United States should not have relations with its adversaries. The intense, yet unlikely friendship between him and Ambassador Han provides hope for better relations between enemy nations and shows just how far one lone citizen can go when he tries to right the world’s wrongs.


Now and Then: From Coney Island to Here

From the author of two of our most legendary novels, Catch-22 and Something Happened, comes a slyly funny, vastly revelatory memoir that is at once a loving evocation of a lost America and an exploration of the frontier where life turns into literature.

Now and Then follows Joseph Heller from his fatherless childhood on the boardwalks of Depression-era Coney Island, where he grew up amid the rumble of the Cyclone and the tantalizing aroma of Mrs. Shatzkin’s knishes. It offers a dizzying bombardier’s-eye view of the sky over wartime Italy, where Heller encountered the characters and incidents he would later translate into Catch-22. It depicts a writer coming to terms with both rejection and fame. Here, in short, is a life filled with incident and insight, recollected with subversive humor, exquisite timing and a fine appreciation for the absurd.