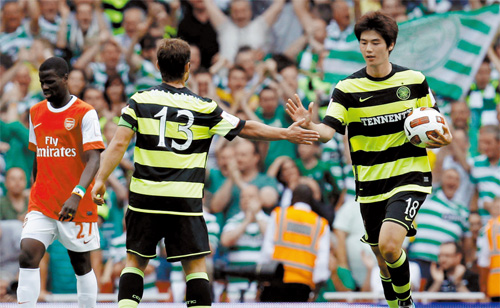 Celtic FC’s Ki Sung-yeung is congratulated by teammate Shaun Maloney, left, after scoring against Arsenal during an Emirates Cup match at Emirates Stadium in London on Aug. 1. The goal was Ki’s first since signing with Scotland’s Celtic FC in January 2010. Despite the goal, Celtic lost the game 3-2. [REUTERS/YONHAP]