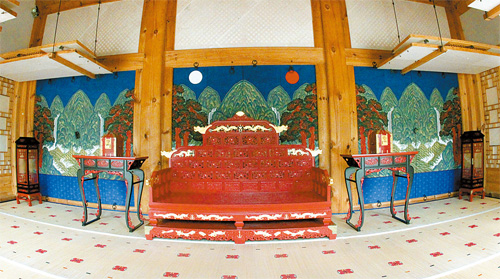 Jangandang of Geoncheong Palace, a room where King Gojong used to reside, will be unveiled to the general public from Aug. 15 until Oct. 31. [YONHAP]

Gyeonghoeru Pavilion and Geoncheong Palace, located inside Gyeongbok Palace, will be open to the public for sightseeing starting on Aug. 15 or Liberation Day, the Cultural Heritage Administration of Korea announced yesterday.

Gyeonghoeru Pavilion, national treasure no. 224, was built in 1412 as a venue for feasts for foreign envoys and for the king and court officials.

The two sights will be open to the public until Oct. 31 and people interested in touring the areas need to make Internet reservations in advance. The tour runs three times a day at 10 a.m., 2 p.m. and 4 p.m. Each session will accept 60 visitors. 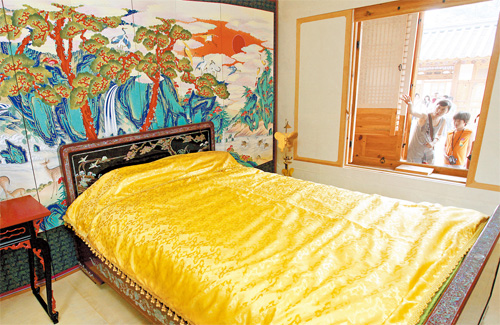 Inside Queen Myeongseong’s bedroom in Geoncheong Palace. The queen was killed by Japanese assassins. By Park Ji-hye

For people over 65 unfamiliar with making Internet reservations, the Cultural Heritage Administration of Korea will open the sights to 60 seniors at 11 a.m. every day.

Admission is free and only Korean language service is available.

Gyeonghoeru Pavilion will be closed from November to March, and reopen to the public in April.