I’ll be back: Shaq sure he’ll play in NBA again

I’ll be back: Shaq sure he’ll play in NBA again 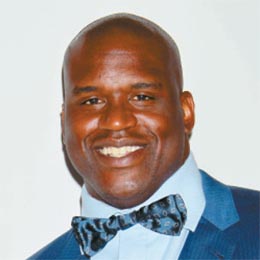 ORLANDO, Florida - Four-time NBA champion Shaquille O’Neal says he will be in the league next season and would rather retire than play overseas.

Although if the time has come to hang up those size 23 shoes for good, O’Neal said he will do so “very graciously” and “have a big party.” A person with knowledge of the negotiations told The Associated Press on Tuesday that the Celtics are making progress on a deal that would land O’Neal in Boston. The person spoke on the condition of anonymity because the deal was not yet final.

“I know I will play in the NBA next season,’’ O’Neal said at the event in Orlando promoting his reality television show. “International? No. The good thing about me and my career is I came in, did it my way, did more than expected. For every athlete or every great person, there’s a time when it has to end. When and if it ever ends it will be very graciously.”

The 38-year-old O’Neal spent last season with the Cleveland Cavaliers. He won three NBA titles with the Los Angeles Lakers and another with the Miami Heat. But he has struggled to find a contract from a team that can guarantee him playing time, enough money and a chance for one more championship to add to his legacy.

He all but ruled out joining LeBron James in Miami or a return to Orlando, where he began his career in 1992, with both teams not showing much interest. He also admitted this offseason has been particularly difficult floating around in free agency.

“For me, it’s been a real thinking process,’’ O’Neal said. “I would like to play for a winning franchise, somebody that’s used to winning, somebody that keeps winning. Hopefully, I’ll make my decision here in the next one or two days.’’

O’Neal won’t be bored whenever he retires. He was with teen pop star Justin Bieber in Orlando promoting the basketball giant’s television show, “Shaq Vs.” The second season of the reality competition was set to begin airing Tuesday night. O’Neal is also working on his doctoral degree, has long shown interest in law enforcement, starred in movies and even produced a rap album.

“Worst comes to worst, I’ll be a doctor and do speaking engagements and talk to children and run for sheriff in this town or the next town over,’’ O’Neal said.