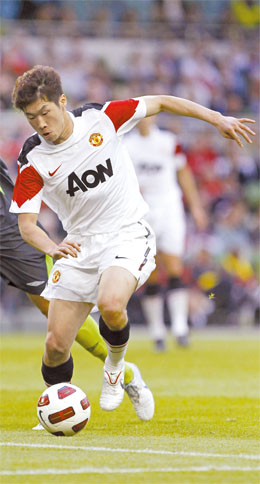 Manchester United’s Park Ji-sung, left, battles for the ball during a match against the Airtricity League XI Irish all-star team during a friendly preseason football match at Aviva Stadium in Dublin on Aug. 4. Making his preseason debut with Manchester, Park scored twice and assisted on another goal to lead his team to a 7-1 win. [AP/YONHAP]