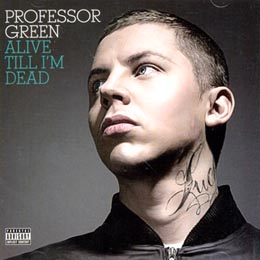 Professor Green has been labeled the Eminem of the UK, and the resemblance with the American rap icon is hard to miss. Aside from the obvious fact that both are white in a genre dominated by African-Americans, other similarities tie these two together. Both men have similar vocal tones and a strong accent in their lyrics, which leaves the impression that the British rapper has been influenced by Eminem quite a bit. Still, Professor Green manages to create his own sound. He avoids the whole bad boy act that had characterized Eminem before his latest release, “Recovery.” Instead, the entire album was an easy listen with light beats accompanied by PG-13 lyrics. The song “I Need You Tonight,” combining the bouncy sound of the 80s disco classic “Need You Tonight” by the Australian band INXS (which the professor samples here), is a nice break from the typical gangster rap. Overall, Professor Green doesn’t quite compare to his American counterpart in terms of rhymes, technique nor popularity, but there is no doubt that this artist is claiming new territory in British rap.