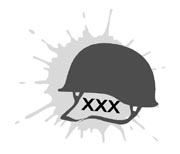 “I shall not today attempt further to define the kinds of material I understand to be embraced within that shorthand description; and perhaps I could never succeed in intelligibly doing so. But I know it when I see it,” former United States Supreme Court Justice Potter Stewart famously wrote in the 1964 decision Jacobellis v. Ohio. The case was about whether showing the French film “Les Amants” in a theater was a public depiction of obscene material. Stewart, in his famous comments, was discussing the definition of hard-core pornography. In the controversial film, legendary French actress Jeanne Moreau stars as a married woman who leaves with a stranger for a new life. Justice Stewart did not consider the movie to be hard-core pornography, but the case provided a definition of pornography in general.

In fact, it is not easy to tell if material is pornographic just by the dictionary definition of the word. So it might help to look into what pornographic materials have in common. The characters featured in pornography are simply portrayed as tools for achieving sexual satisfaction, and often there are violent elements.

It all began in 2004, when torture photos from the Abu Ghraib prison in Iraq leaked out into the public. In some of them, a female U.S. soldier proudly poses in front of the camera holding a leash tied to the neck of a naked Iraqi inmate. Another photo captured naked Iraqi prisoners piled on top of each other in a pyramid. The world was shocked. French philosopher and commentator Jean Baudrillard said it was “atrocious but banal degradation, not merely of the victims but of the amateur stage-managers of this pornographic parody of violence.”

Why do these grotesque things happen today? Professor David Schmid of the State University of New York at Buffalo hypothesizes that today’s soldiers want to make a record of their achievements in war with cameras - just as soldiers in the past collected items from those they captured or killed.

Both the soldiers and those who view the recorded images find a strange type of pleasure from the inhumane situation their enemies find themselves in. Recently, Time magazine featured on its cover a photo of an Afghan woman whose nose had been cut off by her Taliban husband. The horrifying image has garnered criticism that it represents yet another form of war porn. Time argued that it illustrates the realities in Afghanistan. Even so, the magazine is not entirely sheltered from criticism. After all, there still are people in this world who consider devastation and misery a form of entertainment.