Koreans behind the curtain

Koreans behind the curtain 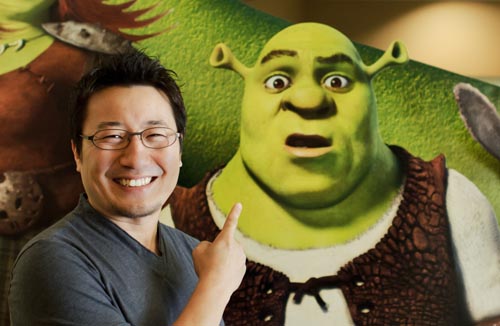 
Though the plots and main characters differ greatly, “Toy Story 3” and “Shrek Forever After” have much in common aside from the fact that they were released within a month of each other and are animated films.

Each was produced by one of the world’s most prominent animation film studios - Pixar Animation Studios for the former and DreamWorks for the latter. They also rank as some of the highest-grossing animation franchises of all time.

On top of that, two Koreans were key forces behind the films, and they took similar routes to get where they are today.

Jhun Yong-duk, the 39-year-old head of layout at DreamWorks, worked on the production of Shrek Forever After, while 38-year-old Pixar master lighting artist Cho Ye-won played a crucial role in the making of Toy Story 3.

When he left for the United States back in 1997 for college, Jhun had no idea that he would eventually find the job of a lifetime.

He had spent some time here working on TV commercials and advertisements after graduating from college in Seoul, a profession he thought was his calling in life. But he abruptly changed course at the spur of the moment after one of his friends also went overseas to study.

“I felt like I wanted to take a big risk in life,” Jhun recalled.

He enrolled in the New York School of Visual Arts, eventually earning a master's degree , this one in computer animation. 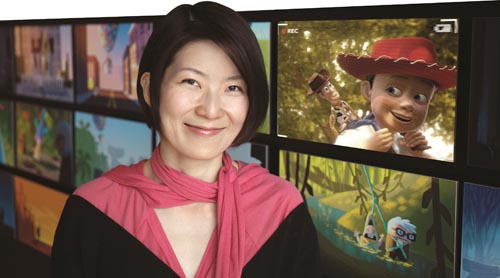 
While he breezed through college, finding a job was a much bigger hurdle. He sent resumes to - and was rejected by - as many as 50 companies before finally landing a position at a firm in Chicago. The company, however, went out of business two years later, and Jhun found himself looking for work again.

His 90-second demo reel eventually wound up in the hands of DreamWorks officials, who liked what they saw and contacted him about a job in 2003.

“If I had missed the e-mail because I overlooked it or it had ended up in my e-mail spam box, I wouldn’t be working here,” Jhun said.

Jhun has made a name for himself at the company since then, ranking as the only Korean to work on the last installment of the Shrek series and the sole department head hailing from a non-English speaking country. His main job today is orchestrating character movements and deciding where props and settings should be in films.

With a degree in visual arts from SVA in hand, Cho received a couple of offers from animation studios. She first accepted a job at DreamWorks but later moved to Pixar.

Cho was responsible for overall lighting effects in Toy Story 3, focusing on making shadows, colors and light work together to create realistic images.

When asked for tips on how to get a job at one of these top studios, Cho recommended hard work. “Make many short animations based on your own experiences,” Cho said. “Going to art galleries and watching films are also very helpful.”