The Possession of David O’Reilly (12)

This low-budget “shockumentary” claims to be based on the true story of a demonic presence haunting a young couple’s London home in 2007. Minimalist in its use of special effects a la “The Blair Witch Project” and “Paranormal Activity,” however, the film still manages to scare based on the strength of the acting of its main characters.

The film’s shooting and marketing have been done mostly in secrecy - even its official title is unclear - in the likely hope of generating buzz organically online. While “The Possession of David O’Reilly” should more aptly be called “The Possibility of David O’Reilly,” no viewer should go see it expecting to be convinced of its truthfulness. Nevertheless, the film’s superb acting and directing will probably leave most audience’s puzzling over what could have been done with a bigger budget. 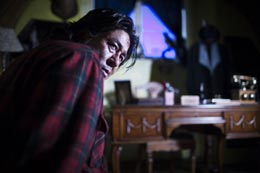 Watching slasher films is one way to beat the summer heat, provided they offer up some spine-chilling scenes. By that measure, director Kim Ji-youn’s latest film hits on all cylinders. The Korea Media Rating Board rejected “I Saw the Devil” twice for grotesque scenes in which a killer gorges on human flesh and chops up a corpse. However, after some modifications, the film finally received the green light from the board. Two famous actors, Choi Min-sik and Lee Byung-hun, star in this slasher flick. Choi plays a ruthless, cold-hearted killer, while Lee takes on the role of a man who embarks on a journey to kill him. Despite controversy over the film’s realistic violence, about 500 theaters nationwide have decided to screen the movie. Director Kim has already made a name for himself with previous films such as “A Tale of Two Sisters” (2003) and “The Good, the Bad and the Weird” (2008). Choi, meanwhile, has appeared in numerous hits including “Oldboy” (2003) and “Sympathy For Lady Vengeance” (2005), while Lee recently made his Hollywood debut in “G.I. Joe: The Rise Of Cobra” (2009).

The latest indie production from the mind of writer and director Jim Jarmusch (“Broken Flowers,” “Ghost Dog”) tells the story of a lone wolf assassin working a job in Spain. Shot on location in Madrid, Seville and Almeria, “The Limits of Control” follows the preparations of a lone assassin, deftly played by Isaach De Bankole, who must live a life void of emotional attachments in order to successfully take the lives of others.

While the lone man’s mission is left unstated and he must adhere to cryptic protocol throughout, the film is less a standard crime thriller than a meditation on other films, borrowing heavily from classic works by Hitchcock, Welles and Godard.

Set amid beautiful and stark backgrounds, the film boasts a supporting cast of world-class actors, including Tilda Swinton and Bill Murray. 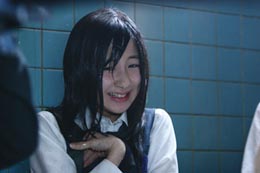 Japanese horror films were once all the rage in Korea, but moviegoers’ tastes have recently shifted to scary movies made in Southeast Asian countries such as Thailand and Vietnam. This summer, however, marks the return of Japanese horror in Korea, with the debut of “Gloomy Sunday.” Japanese cinema is known for its gruesome horror movies, and even Hollywood has taken notice, remaking hits such as “The Ring” and “One Missed Call.”

Gloomy Sunday begins with the mysterious death of a high school student named Kana. After other students start dropping dead as well, Kana’s friend Anzu soon realizes that everyone who has passed away was humming the same song at the moment of their death. The story unfolds as Anzu tries to get to the bottom of the terrifying meaning of the song. Directed by Japanese critic, actor and filmmaker Harada Masato, Gloomy Sunday will scare the life out of even the bravest viewer.

Based on the infamous Stanford Prison Experiment of 1971, in which seemingly normal male undergraduates were assigned roles as prisoners and guards in a psychological experiment that quickly spiraled out of control, “The Experiment” is an American remake of a 2001 German film by the same name.

Starring Academy Award-winners Adrien Brody and Forest Whitaker, the film tells the story of 26 men whose voluntary participation in a behavioral experiment set in a state penitentiary quickly unleashes aggressive behavior by both simulated guards and prisoners alike. The results of the real-life study have been used to explain how seemingly inhuman acts are perpetrated by otherwise normal people, suggesting that violence and blind obedience to authority are a product of institutional structure rather than individual personality, as seen in recent torture scandals.