Casino Jack and the United States of Money: Superlobbyist Jack Abramoff and the Buying of Washington 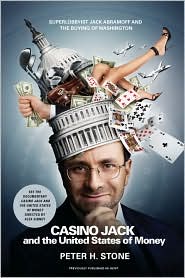 The Indian-casino scandal has torn the veil off the Republican Party’s conservative power base, revealing parts of the Washington lobbying community and GOP establishment where greed, arrogance and corruption seem to have run amok.

At the center of this drama is the larger-than-life super-lobbyist Jack Abramoff, onetime B-movie producer, with deep ties to GOP heavyweights like Republican power broker Tom DeLay, Congressman Bob Ney (who was sentenced to 30 months in prison for his connection to the scandal), former Christian Coalition head Ralph Reed, influential anti-tax activist Grover Norquist, and others with links to the Bush administration.

This paperback edition is fully updated and includes new information on John McCain, a central figure in probing the Abramoff scandal.(from the publisher)


Laughter in the Dark 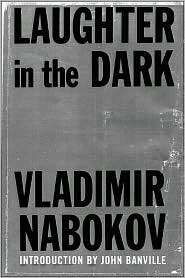 “Once upon a time there lived in Berlin, Germany, a man called Albinus. He was rich, respectable, happy; one day he abandoned his wife for the sake of a youthful mistress; he loved; was not loved; and his life ended in disaster.” Thus begins Nabokov’s “Laughter in the Dark.” This, the author tells us, is the whole story, except that he starts from here - with his characteristic dazzling skill and irony - and brilliantly turns a fable into a chilling novel of folly and destruction.

Amid a Weimar-era milieu of silent film stars, artists and aspirants, Nabokov creates a merciless masterpiece as Albinus, an aging critic, falls prey to his own desires, to his teenage mistress and to Axel Rex, the scheming rival for her affections who finds his greatest joy in the downfall of others.

Published first in Russian as “Kamera Obskura” in 1932, this book appeared in Nabokov’s own English translation six years later. The updated edition, based on the text as Nabokov revised it in 1960, features a new introduction by Booker Prize-winner John Banville.(from the publisher)


North of the DMZ: Essays on Daily Life in North Korea 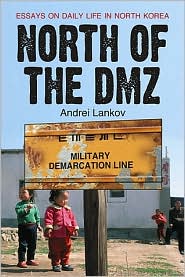 The Kim dynasty has ruled North Korea for over 60 years. Most of that period has found the country suffering under mature Stalinism characterized by manipulation, brutality and tight social control, yet some citizens of Kim Jong Il’s regime manage to transcend his tyranny in their daily existence.

This book describes that difficult but determined existence and the world that the North Koreans have created for themselves in the face of oppression. Many features of this world are unique and even bizarre.

Chapters discussing the schools, the economic system and family life dispel the myth of the workers’ paradise that North Korea attempts to perpetuate. The closing chapter treats at length the significant changes that have taken place in North Korea over the last decade.(from the publisher)


Simple Food for the Good Life: Random Acts of Cooking and Pithy Quotations 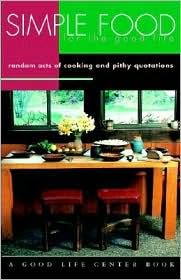 “Simple Food for the Good Life” is a jovial collection of “quips, quotes, and one-of-a-kind recipes meant to amuse and intrigue all of those who find themselves in the kitchen, willingly or otherwise.” Recipes such as Horse Chow, Scott’s Emulsion, Crusty Carrot Croakers, Raw Beet Borscht and Super Salad for a Crowd should improve the mood as well as whet the appetite of any guest.

This is an antidote for the whole foods enthusiast who is “fed up” with the anxieties and drudgeries of preparing fancy meals with stylish, expensive, hard-to-find ingredients.(from the publisher)