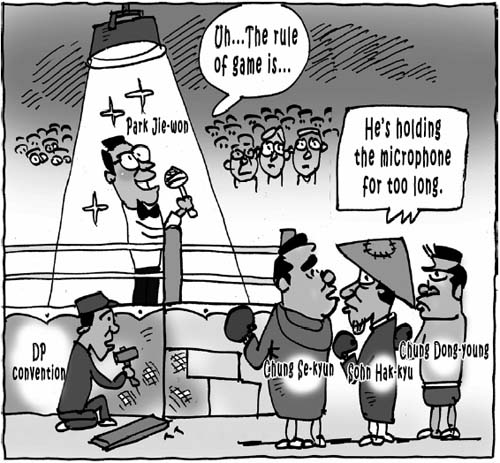 With the Democratic Party convention slated for October, the contest for the
party chairman post is steaming up. As Park Jie-won, current floor leader and
acting chairman, prepares to set guidelines for the event, former chairman
Sohn Hank-kyu complains about Park’s role while other two contestants — former
chairmen Chung Se-kyun and Chung Dong-young — look on.