Cruelty in theatre from Titus to Todd

Cruelty in theatre from Titus to Todd 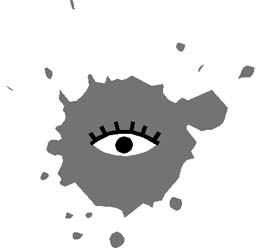 Fourteen gruesome killings, rape, mutilation, cannibalism, and other grotesque atrocities dominate the scenes of “Titus Andronicus,” an early tragedy written by one of the world’s greatest English writers, William Shakespeare, in the early 1590s. The play revolves around the bloody revenge of Roman general Titus Andronicus over control of the Roman throne. One critic called the play, which has a terrible image every 97 lines, as a “catalogue of violence.” The revenge subplots later reappeared in Shakespeare’s more famous tragedies like “Othello” and “King Lear.” The crude barbarity disgusted many literary critics, with T.S. Eliot naming it “one of the stupidest and most uninspiring plays ever written.” But the play was popular on stage and in bookstalls during Shakespeare’s time.

Gruesome and morbid themes often took the stage during the Victorian age of the early 19th century. “Sweeney Todd: The Demon Barber of Fleet Street,” which later became a Broadway hit and a movie musical, is one of them. The story appeared as a penny magazine widely read by London citizens. A barber is wrongly sentenced by a judge who harbors a secret lust for his wife, but later the barber returns to London and embarks on a quest for revenge against the hypocritical London elites. He slashes the throats of his carefully selected customers and his specially-designed barber’s seat sends the bodies down to the basement to be ground up and baked into pies. The barber slowly turns into a monster savoring the act of murder.

Violence is a popular recipe to market novels, plays and films. Violent comic dramas, romantic thrillers or even cruel children stories simply sell better. The “theatre of cruelty” is a concept coined by French writer Antonin Artaud, who wrote, “Without an element of cruelty at the root of every spectacle, the theatre is not possible.” He did not mean violent cruelty, but the baring of false realities to inspire truth, honesty and self-exploration in the audience. He wanted to revolutionize the hollow theatre and bring back enlightenment through the liberation of basic instincts and energy.

But if the cruelty stops at sadistic violence, the effect is different. Director Kim Ji-woon’s new film “I Saw the Devil” was finally released for adults only last week after being banned due to the extent of the violence and cruelty it depicts. The story is about the bloody hunt for a psychopathic serial killer who brutally murders his fiancee. All kinds of grotesque brutality and torture fill the film as the hero turns barbarous and diabolic in grappling with the monstrous killer.

Savage violence has always existed throughout history in all societies. Somehow the hardcore cruelty of “I Saw the Devil” and other recent Korean films evokes sadness over a loss of humanity. What these movies accomplish through cruelty is that they impressively and sensationally captivate the eyes and ears, not the hearts.

The writer is a writer on the arts and sports desk at the JoongAng Ilbo.