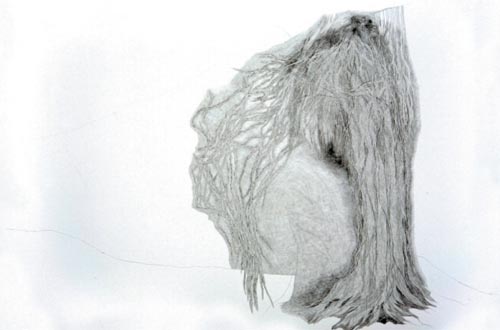 From time to time, visual artists serve as inspiration to musicians and writers - and vice versa. But can visual artists collaborate with medical doctors? The answer is yes, according to the Youngeun Museum of Contemporary Art.

An exhibition called “Matching Point,” taking place at the museum in Gwangju, Gyeonggi, until Sept. 19, features works by the institution’s eight artists in residence, who were teamed with eight medical specialists interested in art. Some of the works at the exhibit were completed after the artists discussed them with the doctors. Others inspired the doctors to write essays about their medical implications.

Youngeun Museum said in a statement that it paired each of the eight artists with a medical specialist depending on one’s areas of expertise.

Kang Young-min, who deconstructs images of the human body and other objects into photo fragments before recombining them by pasting the fragments onto pipes or small boards, was teamed with Park Ho-kil, a physician. Park is a long-time art collector who founded a gallery, the Dr. Park Gallery, in Yangpyeong County, Gyeonggi, in 2006. 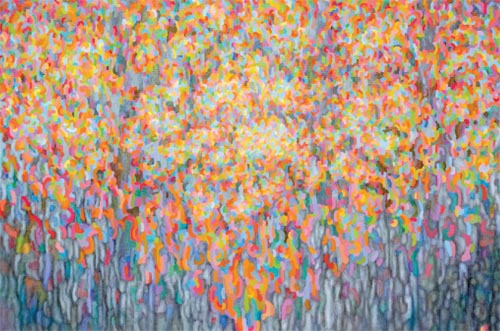 "Autum Fall" by Jung Hyun-yung and “Tra-la-la” by Im Ji-hyun are part of the exhibition “Matching Point” going on at Youngeun Museum of Contemporary Art, located in Gwangju, Gyeonggi. Provided by the organizers


Park provided Kang an old lubricator so that Kang could put the decaying machine into his installation work “USID,” which addresses the theme of war.

“The exposed inside of the destroyed lubricator looks just like the organs of a human being, reminding us of the horrible death of victims in war,” Park said in a review of the work.

Kim Young-sup, who makes installation with sound, was paired with Ahn Cheol-min, a specialist in ear, nose and throat care. Park Ju-wook, who paints negative images of landscape photos that he has taken, was teamed with Oh Ki-keun, a radiology specialist. And Kang Yu-jin, known for paintings in which landscapes are dismantled and reassembled with a deliberately inconsistent sense of perspective, partnered up with physician Moon Chan-soo.

Painter Im Ji-hyun was paired with Kwon Yoon-hee, a dermatologist. In her essay about Im’s work, Kwon wrote, “At a glimpse, the image of her painting looks simple. However, a closer look reveals that it is an assembly of numerous lines and dots. It is just like observing skin with a magnifying glass. ... The image quietly shows cells ceaselessly proliferating and growing and then going extinct - a life cycle.”

The museum said in its statement that such collaborations would help the artists and medical specialists increase their mutual understanding while releasing the public from their prejudices about the limits of fine art.