Lethal slip of the tongue

Lethal slip of the tongue 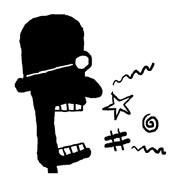 Jeong Do-jeon (1342-1398), a meritorious philosopher and politician who contributed to the founding of the Joseon Dynasty, dreamed of a state ruled by divine right rather than royal authority. On the basis of democratic thought - believing that monarchs should gain legitimacy through divine right but that the public held the responsibility of securing and maintaining that right - Jeong wanted to unfold theocracy as the ruling ideology of the dynasty.

Joseon’s main palace, Gyeongbok Palace, is the embodiment of such ideas. Gyeongbok Palace was built in symmetry, sitting at the axis of Gwanghwamun, Geunjeongjeon, Sajeongjeon, Gangnyeongjeon and Gyotaejeon. These facilities, where the king and his courtiers performed national ceremonies and discussed state affairs, were in the center of the palace. On the east side were facilities for members of the royal family, including the crown prince. On the west side sat structures such as Gyeonghoeru and Sujeongjeon, which were for courtiers.

According to historians, Sujeongjeon - a 44-room building once used as an academy during the reign of King Sejong the Great - and Gyeonghoeru, a magnificent banquet hall for kings and courtiers, were constructed to symbolize divine right.

However, King Taejong, who revolted against his father King Taejo, did not agree with Jeong’s theocracy. In fact, King Taejong downright disliked Jeong, to the point that the ruler beheaded him and turned his house into a stable after rising to the throne. Jeong’s fate, some say, was tied to controversial statements he made. Referring to his relationship with King Taejo - the founding ruler of the Joseon Dynasty - Jeong said: “It was not Emperor Gaozu who used Zhang Liang to establish the Han Dynasty. Rather, Zhang Liang used Emperor Gaozu to found the Han Dynasty.”

Once spoken, such words cannot be taken back. Throughout the ages and in societies across the world, people have paid a hefty price for choosing the wrong words. Earlier this year a U.S. military commander in Afghanistan was sacked after such a slip of the tongue. For the first time in 60 years, the president of the United States fired a high-ranking military commander, in this case Gen. Stanley A. McChrystal, who criticized President Barack Obama’s Afghanistan policy and members of his administration.

Cho Hyun-oh, the National Police Agency commissioner-designate, is dealing with the consequences of an indiscreet choice of words as well. Cho said that former President Roh Moo-hyun committed suicide because of the discovery of large slush funds in “borrowed-name” accounts. He also compared the mourning family members of sailors who died in the Cheonan attack to howling animals. He had better keep in mind a passage from the Old Testament: “The mouths of fools are their ruin; they trap themselves with their lips.”