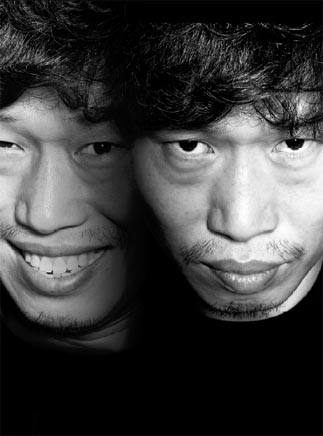 Actor Yu Hae-jin’s films “Moss” and “Desire to Kill” are already out here, while his two other films, “The Unjust” and “Sleeping with the Enemy,” are scheduled to be released later this year. [JoongAng Photo]

Actor Yu Hae-jin, 40, is far from a conventional good-looking man. The types of roles he has played reflect that: kidnapper, habitual criminal - even a dog. Though Yu is always cast in supporting roles, he often outshines his leading counterparts, gaining him the nicknames “quality supporting actor” and “the nation’s beloved supporting actor.”

And this year belongs to Mr. Quality. Two films featuring him, “Moss” and “Desire to Kill,” already opened over the last two months, and another two are scheduled for release this year: “The Unjust” and “Sleeping with the Enemy.”

When asked what made him decide to act in four films this year, Yu said, “I read scripts as an audience member, not as an actor. If the story has the potential to become a good movie, I choose it.”

Yu spoke at a recent press conference held in central Seoul to promote Desire to Kill, which follows two men as they struggle to kill each other.

“But another important factor was I could team up with veteran actor Chun Ho-jin,” the co-star of Desire to Kill, Yu said. “I’ve admired him for so long.”

Yu added that he had no difficulty building four different characters in one year. “As is the case with other actors, I read through the script again and again and try to immerse myself in the character. That’s how I build my characters.”

In order to fill the complex role of Kim Deok-cheon in Moss, which is still playing in theaters nationwide, Yu isolated himself at a farm on Jeju Island for two weeks just to learn his four A4 pages of monologue lines, the actor said.

In Moss, Deok-cheon is an intellectually challenged local who serves as the right-hand man of the vicious village foreman Cheon Yong-deok. But the character faces a crucial moment after a four-minute monologue, where Deok-cheon vents his feelings toward Yong-deok.

“I’d never seen such a long monologue in my life,” Yu said. “Once you make mistakes when you have to recite such a long line, you are bound to make errors again and again. So I had to perfectly memorize the line first. I kept wandering the farm for two weeks murmuring the lines. I found my white sneakers became jet black two weeks later.”

All over the world, there’s an unwritten rule in most movies: Appearance comes first, then acting skills. When as a young man Yu revealed his dream was to become an actor, even his friends snorted at him.

Yu succeeded in persuading movie industry people and picky audiences with his meaty acting. Yet now that he’s on top he has a humble attitude.

“What it takes to become an actor is not all about talent. You have to think out of the box,” Yu said.

“Don’t let the audience expect you to act in certain ways. You have to show something to earn those expectations.”