A fertilizer of human cruelty

A fertilizer of human cruelty 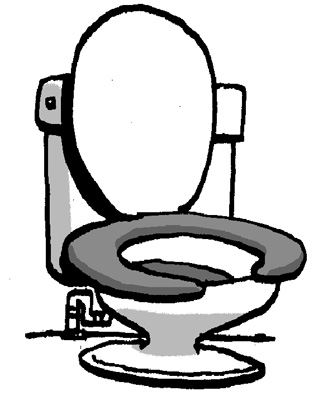 Variations on human excrement may make up insults in many languages, but in the past poop was useful and even profitable. In the East and West alike, human excrement was valued as fertilizer in agricultural societies. In Western cultures, human manure was for thousands of years considered second only to pigeon excrement as the best fertilizer.

Until the 1960s, human manure was used as fertilizer in Korea, too. Securing sufficient supply often determined the success of that year’s crop. So it is only natural that it was considered a valuable commodity. There is a joke that goes, “When a cousin buys a rice field, you get a stomachache” - not out of envy and jealousy but out of consideration, to give them more manure. In other words, with the new land, the cousin would need more fertilizer, so you would want to produce more to help him out.

Some doctors advised consuming human excrement to cure illness. “Donguibogam,” a Joseon-period medical book by court physician Heo Jun, advises that food poisoning from eating meat or poultry can be treated by drinking diluted human excrement. Another record indicated that a cup of human excrement could serve as an antidote for poisonous mushrooms. Human excretions were also used to treat people who had been severely beaten.

Another well-known story tells of traditional singers who drank filtered excrement to improve their voices. Famous traditional opera singers such as Park Dong-jin and Im Bang-ul said they, too, followed the age-old practice.

However, they are the exceptions in the modern world, which overwhelmingly considers human excrement dirty and disgusting. This attitude coexisted with manure’s positive qualities in the old days, when one way to express extreme anger was to pour one’s stool on a person. Han Yong-un, a poet and reformist, poured a bucket of excrement on a frightened nationalist when they were imprisoned for resistance against Japanese colonial rule.

In 1978, striking workers at Dongil Textile had excrement poured on them and were even forced to eat it by thugs. Today the case is remembered as a particularly savage episode in Korean labor history.

So it is not surprising that human excrement was used as a form of weapon, too. The bunpo and geumjeup were militia weapons during the Joseon Dynasty. The first was a bamboo box filled with stool that was thrown on the enemy from above, while the latter was made by fermenting human excrement for a year and was notorious for its odor and toxicity.

A few days ago, two teenage girls were arrested for assaulting a mentally challenged high school girl and forcing her to eat excrement in the restroom. Perhaps the perpetrators of this heinous offense wanted to pour excrement on society and the grown-ups who neglected them, allowing them to become so cruel.