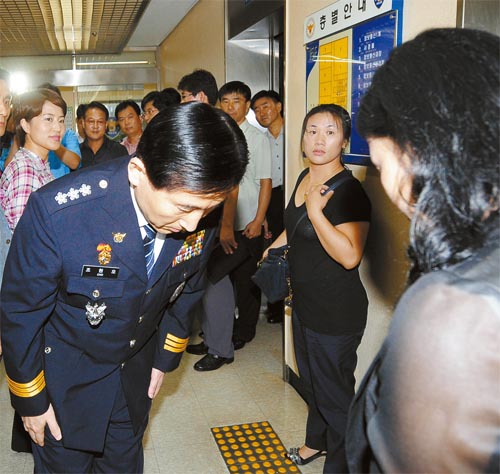 National Police Agency Commissioner-designate Cho Hyun-oh apologizes yesterday to the bereaved family members of the sailors who died in the sinking of the warship Cheonan for his “thoughtless remarks.” Cho had described the families as wailing “animals” at a police lecture in March, and news reports about the incident prompted public outrage ahead of his confirmation hearing next week. [Joint Press Corps]