The virtues of young ‘wannabes’

The virtues of young ‘wannabes’ 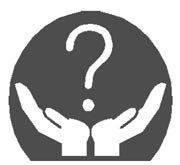 In the West, a person who tries to look like someone else is called a “wannabe.” It’s a slang word based on the phrase “want to be,” often used to describe how someone hopes to be like a popular star. A role model, on the other hand, is a person many people want to emulate. In other words, it refers to a person who has a virtue or social achievement others want to follow. The famous teachings of Confucius say, “When three persons meet, there is always a person whom one should emulate,” meaning that one should try to look for a role model everywhere. Especially during one’s childhood, the sooner one finds a role model, the faster one will achieve greatness.

King Seongjong, the sixth king of Joseon, who was enthroned at the age of 13, tried to find a role model early on. And he always kept in mind that he should be like King Sejong the Great. He changed Hongmungwan, which had been nothing but a royal archive, into an academic research institute to take over the role of the Jiphyeonjeon (a royal academic institute) that had helped King Sejong invent the Korean alphabet Hangul. He also revived the Sagadokseo sabbatical system, giving scholars an opportunity to read books at home while on leave. King Seongjong even took after King Sejong in having many children. King Sejong had 18 sons and 14 daughters from six wives, and King Seongjong had 16 sons and 12 daughters from 12 wives. Perhaps he did not intend to imitate King Sejong in this matter.

To trace back etymologically, “eomchina,” a buzzword that literally means, “Mother’s friend’s child,” we see it has to do with the role model concept. It contains parents’ aspirations: “I wish my child would act like my best friend’s child.” However, it is a burdensome word for the person who hears it because expectations are too high, and realities too harsh. The “880,000 won generation” do not accept eomchina as their role models. Instead, they consider them “people whom we envy but cannot be like.”

However, it is not right to think that the young generation has no thirst for a role model. The desire to have an idol that one can respect has been strong throughout the ages. In the 1980s in Korea, student activists dreamed of Karl Marx, Lenin and Rosa Luxemburg, but it is difficult to find such a role model for Korean people today. According to a report in the Aug. 19 issue of the JoongAng Ilbo, the influence of politicians and businessmen in the world of the Internet has declined over the past two years. Far from being role models for the people, it seemed inevitable that the nominees for high public offices would make excuses for the doubts raised about their backgrounds at the confirmation hearings held on Friday.

Just as parents are the best role models for children, our leaders should set a good example. I wonder how long they will evade the despair and thirst of the younger generation who have no one to emulate.