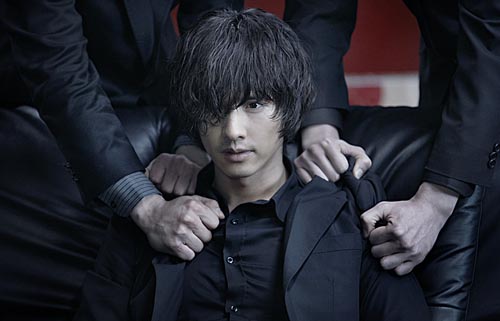 Blades and guns are a thing of the past. Nail guns and guillotines are now the weapons of choice in the latest trend among local filmmakers, who are inventing characters that are increasingly cruel and producing films that are ever more bloody in nature. But this tendency has some experts worried that the excessive depictions of violence will encourage copycat crimes.

As of Wednesday, the film “Ajeossi” (“The Man from Nowhere”) has topped box office attendance records for four weeks, and “I Saw the Devil” has been at No. 3 for the first three weeks since its release Aug. 12, according to Korean Film Council, the nation’s film governing body.

Both films depict violent scenes that are extremely graphic and very realistic. In Ajeossi, traffickers extract human organs from people who are still alive and the protagonist uses a huge nail gun to kill the villain.

But Ajeossi is less bloody than I Saw the Devil, which was rejected twice by the Korea Media Rating Board before its premiere because some scenes “undermine human dignity.”

I Saw the Devil received the green light from the board after producers agreed to delete 90 seconds from one of the more violent scenes, but the film has continued to be controversial. 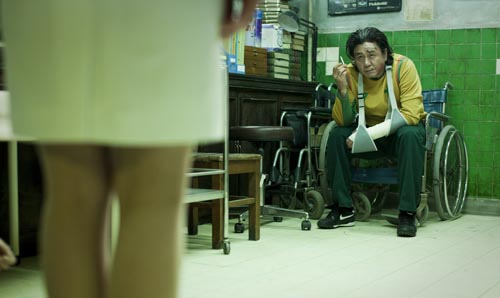 Films such as ‘Ajeossi’ (‘The Man from Nowhere’), top, and ‘I Saw the Devil’ have drawn criticism for their excessive depictions of violence. Provided by CJ Entertainment and Peppermint and Company


The film is so difficult to watch that many netizens have put posts on their blogs saying they couldn’t watch the whole thing.

“I enjoy films like [the 2004 horror film] ‘Saw,’ but this film was way different from those,” said Kim Eun-jin, 26, who teaches at a private institute in Seoul. “After I saw it, it was hard for me to go out alone at night for about a week.”

“Films reflect our society,” said Kim when asked whether he thought the film would encourage copycat crimes. “On the contrary, I think film hasn’t yet caught up with the violence of today.”

Said Choi: “It’s good to talk openly about violence as long as it exists in our society.”

Some experts, however, feel that such films have inspired people to commit crimes, though there is conflicting research on the subject.

Kim Kil-tae, who raped and murdered a middle school girl in Busan in April, sprinkled lime powder on her corpse in an attempt to destroy evidence. A similar scene appeared in the 2002 film “Public Enemy.”

“Not everyone mimics the violence they’ve seen in films, but violent films certainly affect children, teenagers and people who don’t know the difference between right and wrong,” said Lee Su-jeong, a professor of criminal psychology at Kyonggi University. “Since children are educated to follow the example set by adults, these violent films provide bad role models.”

“‘I Saw the Devil’ could traumatize even ordinary people,” Sim said. “One thing I can say for sure is that Korean films are becoming more violent and extreme.”