Much more than a name

Much more than a name 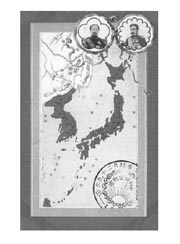 Giving names to people, things and geographical locations means giving them characteristics as well. People also often attach their hopes and expectations to these names.

In Northeast Asia, where Chinese characters are widely used, names carry more significance than in other regions of the world.

Many people in the region believe that the name of a person can determine the individual’s fate. Some even go so far as to pin problems and challenges they face on their names.

In the history of Korea, names meant much more than met the eye.

A strange law called Imperial Order No. 318 of Japan, which was signed on Aug. 29, 1910, had just one main provision: “The title of the Daehan Empire has changed. From now on, it is to be called Joseon.”

With this, the sovereignty of the Daehan (Korean) Empire (1897-1910) was handed over to the Japanese emperor. Korea in effect fell under the rule of Japan, though it was not technically a Japanese territory - just as Queen Victoria of the United Kingdom was also the ruler of India.

The Japanese cabinet therefore could not intervene in the colonial rule of the Korean Peninsula. Instead, the Joseon governor-general, who was appointed by the Japanese emperor, exercised full authority over the legislative, judicial and administrative branches of the Korean government.

The Japanese militarists in the 1870s adopted a philosophy of conquest called “Jeong-han-ron.”

Here, han was used to revive the distorted Japanese memory of Korea-Japan relations. Based on the record of Nihon Shoki - which claims a Japanese king once conquered three Han states in the southern part of Korea - the Japanese militarists claimed that Japan should restore its old territories by subjugating the three Hans.

The militarists thought the name Joseon was tied more closely to mainland China, while the name Han was anchored to Japan.

Imperial Japan, however, put its hopes and expectations into the name Joseon.

The Japanese changed the official name of Korea at the time to Joseon after robbing the country of its sovereignty. Their primary goal was to erase the history of the Daehan Empire. But deep in their hearts, they also wanted to take over China. The Japanese militarists wanted to use the Korean Peninsula as a stepping stone for their invasion of the continent. They therefore felt that the name Joseon, which is related to China, was more suitable than Han.

*The writer is a research professor of Seoul National University Hospital.